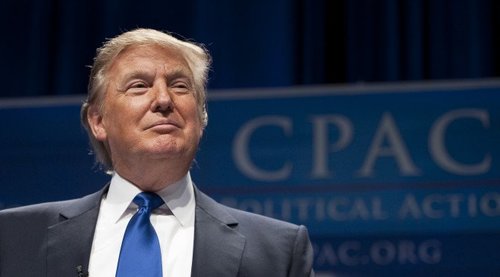 Would Mass Deportation Be Impeded by Immigration Court Backlog?

Over at Fox News, Kelley Beaucar Vlahos has written an article entitled Messy legal process could challenge Trump's mass deportation plan, (November 27, 2015) and the gist of it is that mass deportation would be impeded by a backlog in the immigration court system.

The [Trump deportation] plan remains short on specifics, yet the current state of the backlogged immigration enforcement system demonstrates just how difficult it could be. As it stands, deporting a relatively tiny fraction of the total illegal immigrant population has clogged U.S. immigration courts. According to TRAC (Transactional Records Access Clearinghouse), there  are 459,219 cases pending, with most of them in California, Texas and New York. The vast majority are immigrants who either overstayed their permission to be here, or came into the country illegally. A smaller number involve criminal, terrorism or national security charges — 25,561 as of September.  “To say you could just go and pick up 11 million or 12 million individuals and in just a couple of years deport them is just illogical, it’s just not possible,” said Maurice Goldman, an immigration lawyer in Tucson, Ariz., which according to TRAC has over 1,000 pending cases in its immigration court. TRAC is a project by Syracuse University that compiles up-to-date federal law enforcement records.

What a surprise - an immigration lawyer tells us it can't be done!  Who would have imagined?

Today, the average wait time for a case in the immigration court — which can end in deportation — is 643 days. In 2008, it was 438 days. Goldman, describing one of his own clients, a man who came to the U.S. illegally in 1992 and was brought before the court in 2010, said wait times can be much longer. It was five years before his client’s case was “administratively closed,” meaning he won’t be deported this time but his charge is still “pending.” He can be put back before a judge at any time.  The backlogs, too, have been steadily rising since 1998, the first year represented in the TRAC assessment. At that time, during the Clinton administration, there was a backlog of 129,505 cases. In 2008, a year before President Obama took the Oval Office from President George W. Bush, there was a backlog of 186,108.

Trump doesn't think this would be a problem.

"If we do this job right, there shouldn't be a big court situation. Nobody knows legal situations better than Trump. They have to go back."

Trump sounds determined, and he better remain determined, because if elected, he is going to face stiff opposition from the open borders crowd.

But critics say that while Trump could tweak federal regulations to streamline the process, he would have to change the law to pursue a strategy to avoid the immigration courts entirely. Currently, the government can fast-track deportations for violent criminals, but most immigrants, illegal and legal,  have a constitutional right to due process as upheld by the U.S. Supreme Court. There’s where the trouble lies in mass deportation. “The immigration courts are so underfunded, and that is why there is such a terrible backlog,” said Wendy Feliz, spokeswoman for the American Immigration Council. “[Judge positions] go unfilled, and even if they were filled, they still wouldn’t be sufficient.”

Due process for illegal aliens should consist of one determination: Is the guy an illegal alien?  If the answer is yes, he should be deported.  End of case.

And it's not necessary to deport every single illegal alien.  When they start to see that a U.S. government is enforcing the law, many would self-deport. There are many things that could be done to decrease illegal immigration: build a fence, penalize employers, cut off welfare magnets, deport more rapidly, etc.  The most important factor is the will to enforce the law.