From the New York Times, some National News:

The display at Narvie J. Harris Theme School in Decatur, Ga., was removed on Thursday, the same day it was put up. 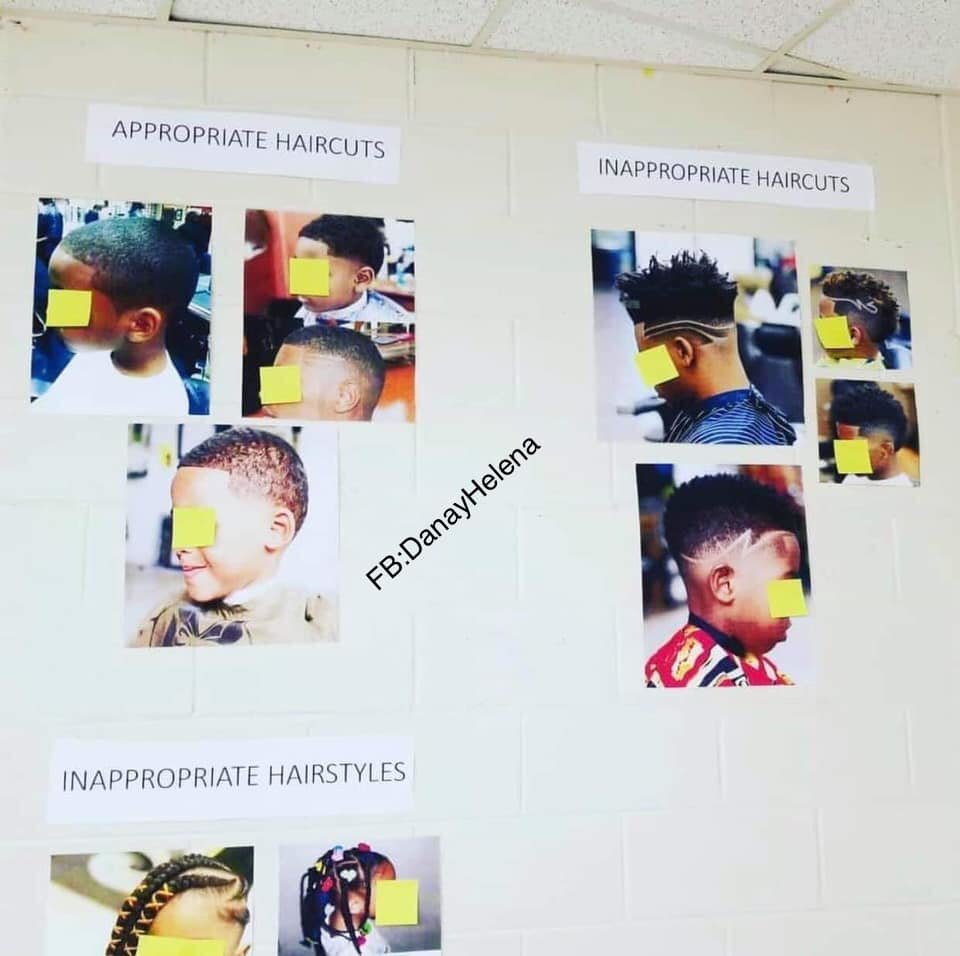 The display above drew widespread criticism, largely because all that were pictured were black hairstyles.

From New Age box fades to braids, a display on the wall of a suburban Atlanta elementary school tried to illustrate a variety of “inappropriate” haircuts and hairstyles. But there was one thing the children who were photographed had in common: They were all black.

Oh my gosh! Why were they all black?

The display by the Narvie J. Harris Theme School in Decatur, Ga., was taken down on Thursday — the same day it had been put up — after being widely criticized as racially insensitive. The episode happened at a time when cities and states across the United States have adopted legislation making it illegal to discriminate on the basis of a person’s hairstyle.

The faces of the children in the photographs were covered with Post-it notes. It was unclear if they were students at the school, which is 95 percent African-American, according to the state’s Governor’s Office of Student Achievement.

Oh, well, that seems to answer the question why they were all black.

… “Those particular styles, and the fact that schools make arbitrary decisions about good and bad hairstyles is long standing across the country and the reason that New York City and the state of California took the actions that they did making such types of bans illegal,” Dr. Rooks said. “The styles that are banned (dread locks and twists for boys and shaved in designs) are sometimes deemed necessary because some people think those hairstyles mean the children who wear them are members of gangs. There is zero evidence of that being the case.”