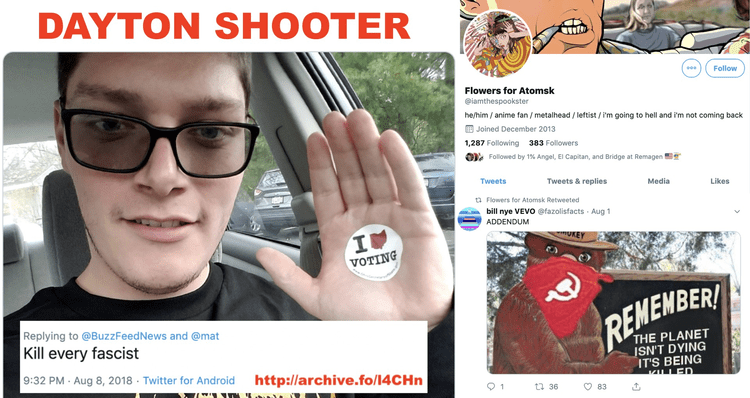 According to Heavy.com, the recent Dayton Shooter is not a "white supremacist", whatever that really means, but apparently a Trump-hating Antifa terrorist, like Willem van Spronsen.

On social media, the suspect’s biography started to emerge. On his Twitter page, reviewed by Heavy, he described himself as “he/him / anime fan / metalhead / leftist / i’m going to hell and i’m not coming back.” He wrote on Twitter that he would happily vote for Democrat Elizabeth Warren, praised Satan, was upset about the 2016 presidential election results, and added, “I want socialism, and i’ll not wait for the idiots to finally come round to understanding.” You can read a roundup of his tweets – which also dealt with Parkland, Florida and 9/11 – here and later in this article. Here’s his tweet on Donald Trump’s election victory:

If you want to find the sources of his radicalism, you can find them in the American Main Stream Media, and the Democratic Party.

Death threats on the anniversary of Charlottesville: 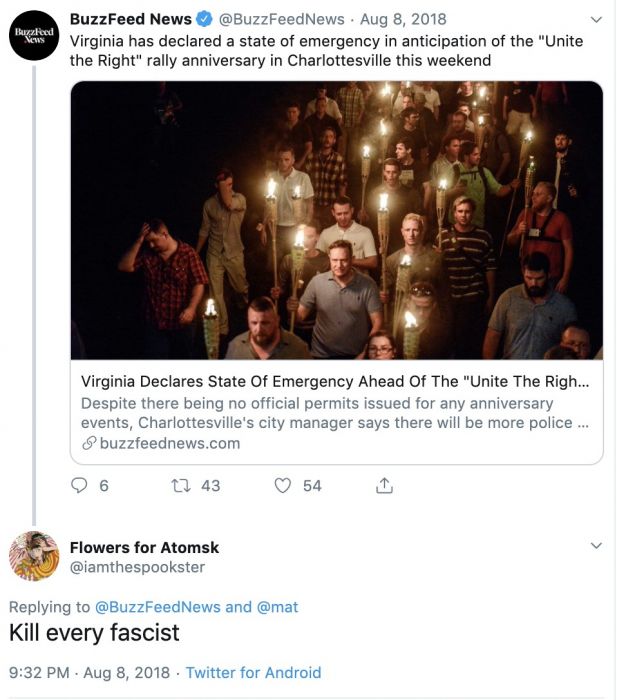 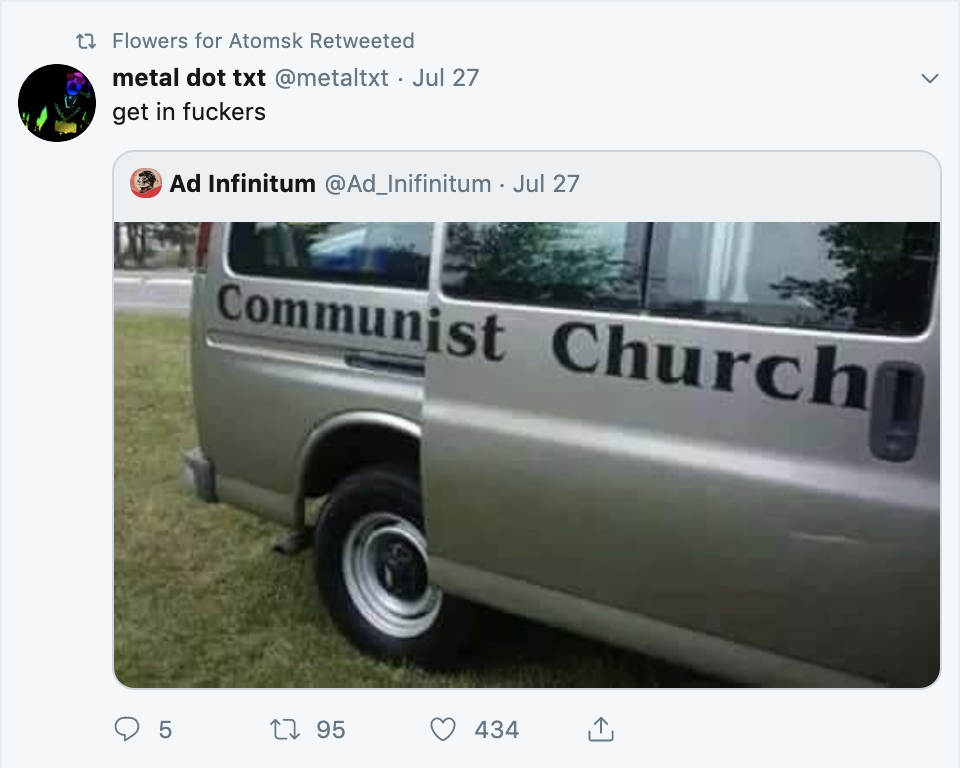 And a belief that the President wants to murder helpless immigrants on the border:

He thought Faith Goldy was a Nazi:

He thought a lot of people were Nazis: 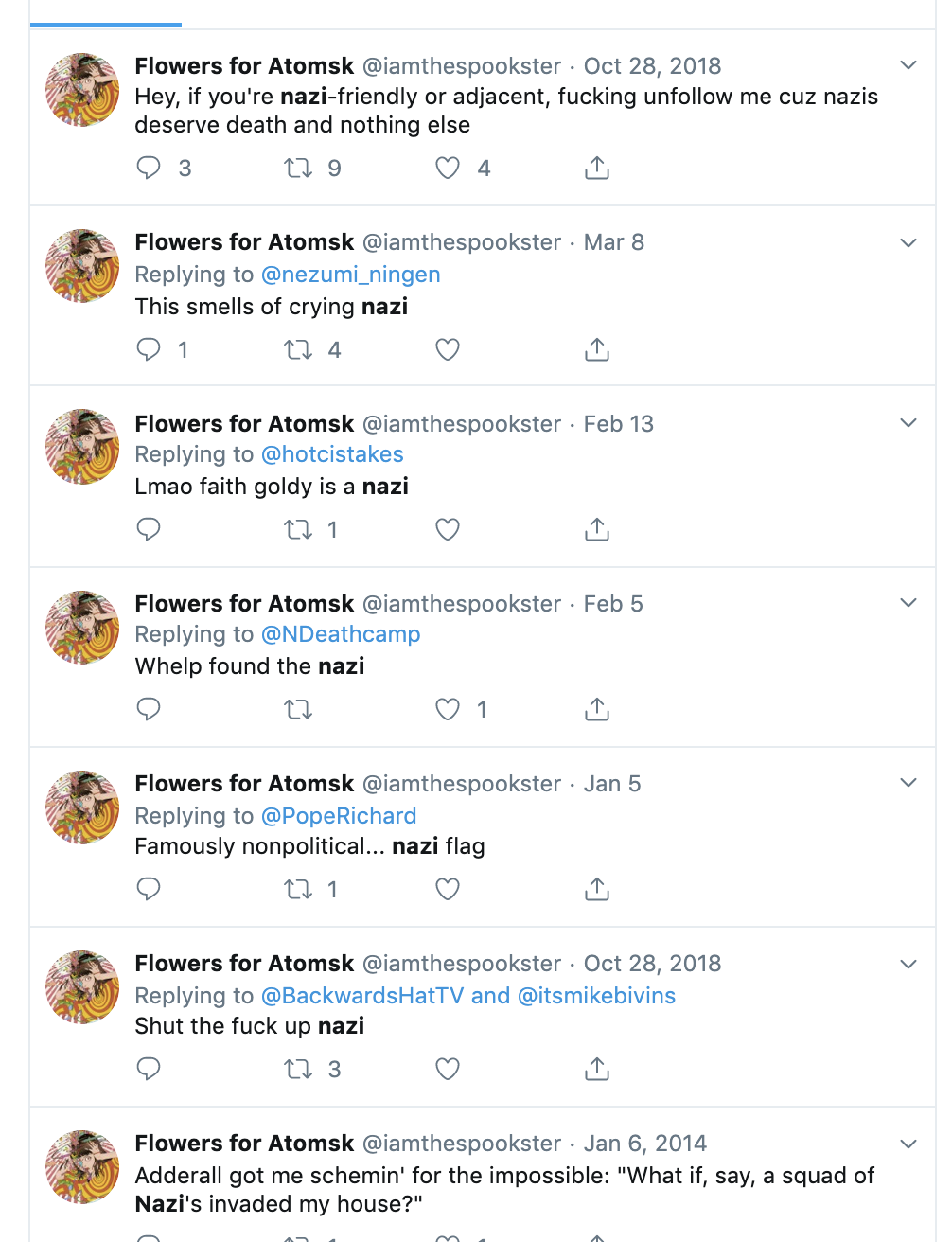 I repeat, if you want to find the sources of his radicalism, you can find them in the American Main Stream Media, and the Democratic Party.