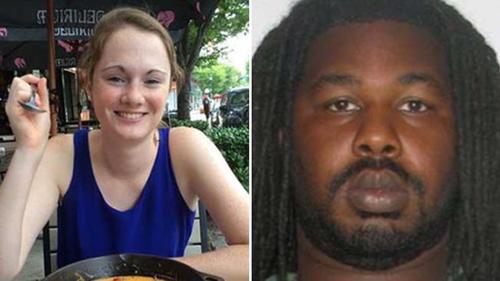 The World Bank, The Washington Post reports, has created a grant to combat sexual violence, and named it  for Hannah Graham.

You'll remember Graham. She was an 18-year-old student at the University of Virginia until she ran into Gentle Giant Jesse Matthew. He faces charges in her disappearance and murder.

The money will "go to researchers examining prevention efforts in low- and middle-income countries."

Why? Graham's case shows we have plenty of such prevention efforts needed here, although the media won't tell us.

I guess there's no point asking whether researchers who get the money will explain why inter-racial rape and murder victims are so overwhelmingly white, and why so many young white women voluntarily expose themselves to murderous black assailants.