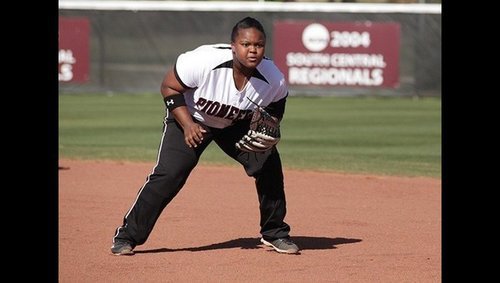 Swatting is the name for the "act of tricking an emergency service (via such means as hoaxing an emergency services dispatcher) into dispatching an emergency response based on the false report of an ongoing critical incident." You call the cops saying you're at your target's home, and say he's just shot you with an assault rifle, in hopes that heavily armed police will break down his door.

Wikipedia has heard of this, and also knows that it's associated with harassment campaigns targeting conservatives but Dallas News reporter Kevin Krause [Email him] either hasn't, or doesn't want to confuse his readers with a new word.

A Dallas woman has been charged in federal court with calling more than a dozen city and university police departments across the country and making bogus reports of emergencies, according to court records.

Smith, 22, a former Texas Woman’s University student, reported during the calls that she was a victim or injured, according to the indictment.

But she was often no where near the location she gave police. For example, in May she called University of Oregon police, University of Louisville police and University of Toronto police to report emergencies, the indictment said.

In each case, police would dispatch emergency crews to the scene, including police cars, fire trucks and ambulances, records show.

“Smith would either not give her name or provide a false name when making contact with the police,” the indictment said.

Authorities say Smith also would stage a scene, call police and wait for emergency workers to arrive, according to the indictment.

She is a graduate of Dallas’ Skyline high school who was inducted into the National Honor Society and who who earned recognition while playing for the school’s softball team, according to TWU.

So what's missing from this story is any hint of motive—if you're targeting people at universities, it's probably something to do with race or ideology. Victims of swatting have included Erick Erickson and blogger/prosecutor Patterico. I would like to know if this crime was racially motivated, but neither Federal prosecutors or the Dallas News seem interested in telling me.