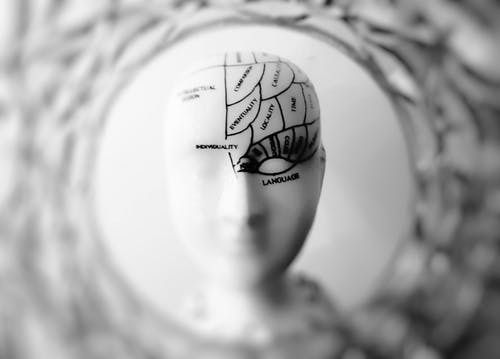 Could your views on God and immigration be changed by using MAGNETS? Brain stimulation can alter beliefs, study claims

There was also a 28% increase in positive feelings towards immigrants

Psychologists have discovered it’s possible to significantly change a person’s beliefs simply by targeting their brain with magnets.

Using what’s known as transcranial magnetic stimulation, the researchers were able to temporarily shut down the part of the brain associated with detecting and solving problems.

As Stalin might say if he were around today, No brain, no problem.

People who were subjected to this treatment reported that their belief in God dropped by a third following the stimulation, while there was an increase in positive feelings towards immigrants.

They recruited 38 participants with an average age of 21, to take part in the study.=

Each of these participants said they held significant religious beliefs, and the majority held moderate to extremely conservative political beliefs.

Political views were important because it suggested they were more likely to have stronger viewpoints on immigration.

Half of these participants formed part of a control group and received a low-level ‘sham’ procedure that did not affect their brains.

The other half received enough energy through transcranial magnetic stimulation (TMS) to lower activity in the posterior medial frontal cortex (pMFC).

This part of the brain, located near the surface and roughly a few inches up from the forehead, is associated with detecting problems and triggering responses that address them. …

Following the treatment, all the participants were first asked to think about death before being asked questions about their religious beliefs and their feelings about immigrants. …

To address their levels of prejudice, participants were asked to read two essays – one critical and one positive – written by an immigrant from Latin America about the US. …

The findings, published in the journal Social Cognitive and Affective Neuroscience, reveal that people whose brains were targeted by TMS reported 32.8 per cent less belief in God, angels, or heaven. They were also 28.5 per cent more positive in their feelings toward an immigrant who criticised their country.

The investigators additionally found that the magnetic stimulation had the greatest effect on reactions to the critical author in the essay test.

‘We think that hearing criticisms of your group’s values, perhaps especially from a person you perceive as an outsider, is processed as an ideological sort of threat,’ said Dr Izuma.

‘One way to respond to such threats is to ‘double down’ on your group values, increasing your investment in them, and reacting more negatively to the critic,’ he continued.

‘When we disrupted the brain region that usually helps detect and respond to threats, we saw a less negative, less ideologically motivated reaction to the critical author and his opinions.’ …

… ‘Whether we’re trying to clamber over a fallen tree that we find in our path, find solace in religion, or resolve issues related to immigration, our brains are using the same basic mental machinery,’ the researchers concluded.

So, there’s a light at the end of the tunnel for the donors to ¡Jeb!

Just use the Bush campaign’s megabucks to put these mind control magnets outside of voting booths in key primary states to turn off the brains of voters and your boy is a lock.

Having Americans trip over fallen trees more is a small price to pay for less skepticism about immigration.