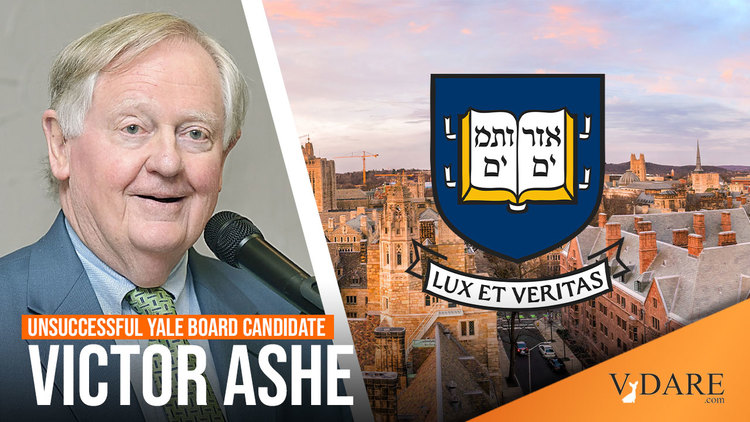 Earlier: Jesse Singal Vs. WFB And The "Former People" At Yale

University of Tennessee law professor Glenn Reynolds, aka Instapundit, has a piece in the NY Post saying Yale’s move to rig board elections reveals the bankruptcy of US elites [June 3, 2021].

Yale is a nonprofit corporation and a very wealthy one, whose alumni are supposed to elect its governing board. Ordinarily, Yale alumni get a ballot containing two candidates for each open slot on the board. The two candidates are chosen by . . . the board.

You can vote for whichever one you like, but the candidates are forbidden from taking any positions on any issues. The biographical information that comes with the ballots is scanty and, as I can attest, almost entirely useless in deciding whom to vote for.

Reynolds is a Yale graduate himself, as was the late William F. Buckley, so he gets a vote. You get a vote if you are a Yale graduate, five years after you graduate.

The reason I mention Buckley is that in April 1968, he ran for the Yale Corporation on a platform of defending the children of Yale Alumni against anti-white discrimination, as I mentioned in a blog item about Jesse Singal a while back.

Buckley was talking about both Affirmative Action, and dropping the preference for the children of alumni, other things being equal.

It is a robust and thoroughly commendable American tradition that there should be instant access to the top for everyone who qualifies, and that there should be ample opportunities to qualify. But recent admissions policies of the large private colleges seem to argue that it is equally important to fracture coalescing classes of governors.

The effect of such policies is in part to absorb new members into the governing class, in part to demote others even if they have done nothing to earn that demotion. “You will laugh, I wrote a while ago, and some people did laugh, “but it is true that a Mexican-American from El Paso High with identical scores on the achievement tests and identically ardent recommendations from their headmasters has a better chance of being admitted to Yale than Jonathan Edwards XVI from St. Paul's School.”[Emphasis added.]

He was running for a seat on the Yale Corporation to discourage Yale's attempt to create a "new elite." It was Buckley's position that universities, while they may be be open to talent, are not in the business of creating a new elite by squashing the old one. (And if they really don't want to be supportive of the "old elite," i.e., their alumni, why do they keep sending them begging letters?)

That's the point here; why is the business of Yale to discriminate against and destroy the old elite, the Historic American Nation, and in this case, the Historic Sons Of Eli Yale?

And of course, even in 1968, the "Sons Of Eli" would have been whiter, maler (Yale was all male until 1968) and more Anglo-Saxon than America at large.

The past is another country, and in this case, that country is a whiter America than the present one.

Yale, which is now part of the Great Replacement, doesn't want anyone standing in its way.