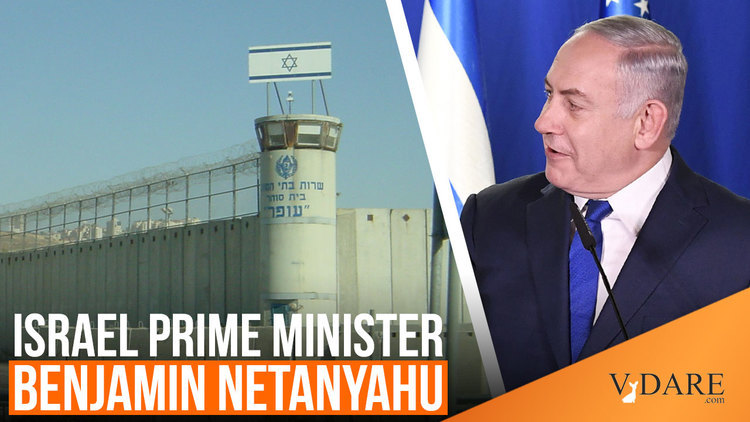 Will Bibi Get Replaced By An Ultranationalist?

For years, people have been saying that this is finally the moment when American liberal Jews abandon Israel out of outrage against the GOP-aligned PM Bibi Netanyahu. But that hasn’t happened yet. And I always figured that all it would take to reconcile American Jewish Democrats with the Israeli government would be for Bibi to finally be forced out (he’s been in power for a total of 15 years and 2 months since 1996) and replaced with a prime minister aligned with the US Democratic Party.

But … over the years, Israel has moved so far to the right that, now that it looks like Bibi might finally be out for the first time since 2009 (warning: better gamblers than me have lost a lot of money betting against Netanyahu over the years) … get a load of the coalition that plans to force him out. From the New York Times news section:

Israel Moves Toward Coalition Deal That Could Sideline Netanyahu

Naftali Bennett, an ultranationalist, and Yair Lapid, a centrist, have moved closer to forming a fragile coalition government that would oust the longtime prime minister, Benjamin Netanyahu.

JERUSALEM — The longest-serving prime minister in Israeli history, Benjamin Netanyahu, faced the most potent threat yet to his grip on power Sunday after an ultranationalist power-broker, Naftali Bennett, said his party would work with opposition leaders to build an alternative government to force Mr. Netanyahu from office.

It will like come as a shock to a lot of American Democrats that Bennett is supposed to go first as prime minister of the national unity coalition for the next two years. Ding-dong the wicked witch is dead, American Jewish Democrats will cheer, only to find out that Bibi is being replaced by somebody to his right.

Of course, after all is said and done about ousting Bibi, more has been said than done, so Mrs. Bennett probably shouldn’t be measuring the drapes yet, or whatever the Israeli equivalent is. But, whatever happens, Israel is now so far to the right that Bibi is in the center of the political landscape.

On the other hand, this right-left coalition will be supported (apparently from outside the coalition) by an Arab Islamist party, so that might make Bennett’s prime ministership all cool and multicultural in the eyes of liberal American Jews, the way that bringing some black Jews from Ethiopia in 1984 made Israel all cool and anti-racist for decades in the eyes of American Jews.

Israel is another case of Eric Hoffer’s remark that all initially socialist-internationalist countries become more nationalistic over time to survive.

Capitalism eventually erodes national sovereignty and borders as it assumes all citizens (“consumers”) are all equal and can be replaced. This is the same problem with neo-conservatism.

Socialism needs a binding agent to make the thing stick and that always becomes a form of nationalism.

Capitalism eventually assumes all citizens and non-citizens are more or less the same. Everybody everywhere is a potential American.