Why Was The Republican Jewish Coalition's Adelson Primary So Secretive? 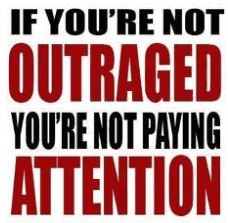 After writing Criteria #1 To Win Sheldon Adelson Primary: Not Being A True American last night I continued the disgusting task of sorting through the entrails of this scandalous event. Did you know George W was paid $250,000 to break his embargo on criticizing Obama and keynote the event?

My question is why the furtive obsession with secrecy displayed by the Republican Jewish Coalition?

Although John Boehner, former President George Bush and Israeli Ambassador Michael Shermer were scheduled to speak during the weekend, the sole events open to the press were the Saturday morning speeches from Ted Cruz, Rick Perry, Rob Portman and Gov. Mike Pence of Indiana… reporters were treated much like a ‘fifth column’ of potential saboteurs, roped off from the bagels and coffee, and consigned to a restroom on the floor below. While I rode the escalator downstairs for a jolt of caffeine ($5/cup), a security guard accompanying me remarked, “I can’t believe they won’t give the press a cup of coffee.” Shaking his head, he added, “These aren’t my kind of people!”

Or consider the even more telling experience of Ron Kampeas, Washington Bureau Chief/Commissar for the Jewish Telegraph Agency

The name tags that identify reporters or some other species of predator are easily spotted, and conference-goers for the most part skitter away from me. If I’m lucky, my proffered pen and pad gets a “Shabbat Shalom” muttered under the din…

Adelson is the one name that never gets lost in the wending, winding Venetian vortex. His staffers are alert to any interlopers; I’ve been turned away from the ballroom…

If you chat in dark corners with the donors in attendance, you’ll get the lay of the land…

This is not normal. Generally an affinity group would want to publicize its concerns to the wider community of which it has decided to be a sub section. And what politician does not hunger for publicity?

Britain’s The Guardian touched on the part of the reason:

…for all the disdain expressed toward Obama, the tone was far less partisan than one would expect. Attendees, many of whom started life as Democrats, seemed to mourn what they saw as the leftward drift of the party on foreign policy.

The reason alas is simple – and disgraceful. Sheldon Adelson himself is a social leftist, as Harry Reid has attested, and so are most of the attendees. They are perfectly conscious that they are using brute financial power to wrench the GOP away from what its voters want. Romney’s Chick-fil-A blunder was at their behest: so is the GOP’s Immigration betrayal and Obamacare failure.

The less limelight on this atrocity the better – if you are a perpetrator.