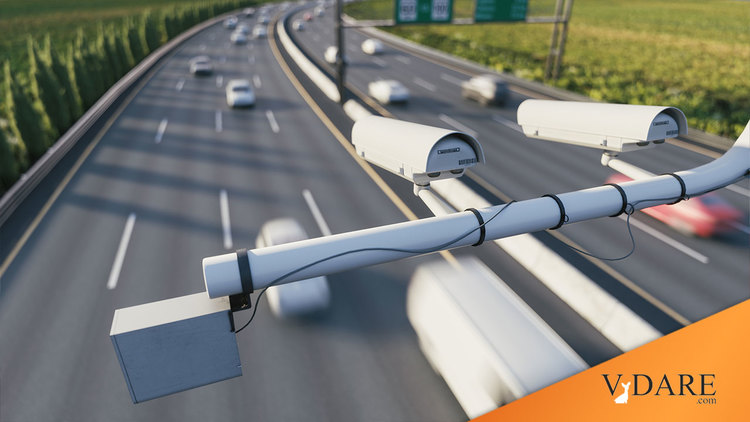 Why Speed Cameras Are Racist

Earlier: “Racial Profiling“ And Bad Black Drivers: Blacks Speed Twice As Much As Whites And “Speed At Reckless Levels Even More“

If white liberal Americans were serious about police reform, they’d call for objective speed cameras to replace subjective and thus no doubt racist traffic stops. But, instead, they don’t, because they would prefer to explain to cops that, while they might have been driving a little too fast, hey, they aren’t the gangbangers you are looking for.

Hey @LoriLightfoot,, maybe it’s not crime that’s driving people (and corporations, who some say are people too…) out of Chicago as much as the daily nickle-and-diming speeding tickets that show up in the mail almost daily for going 41 mph in a 35 mph zone?

Apparently, the city of Chicago cut the grace zone from 10 mph over the speed limit to 5 mph without telling anybody to close the budget deficit.

Yes. But then Blacks would get disproportionately more tickets and disproportionately not pay them. So eventually they’d have warrants, get pulled over for that, then resist arrest, and then we’d have a bunch of George Floyd incidents. May sound Cynical, but probably true.

Yeah, I could see that happening.