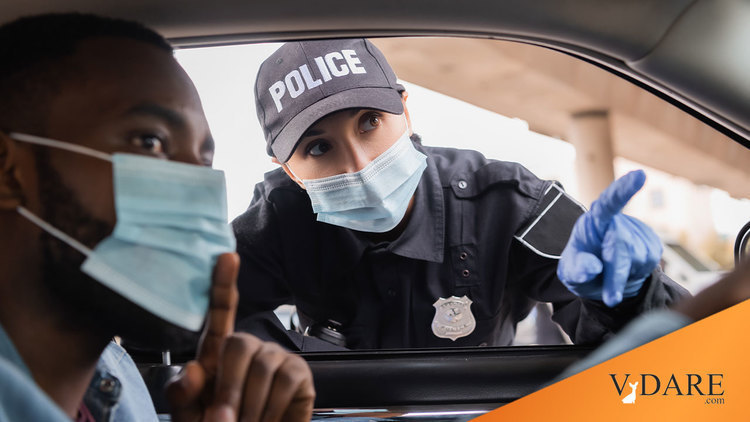 Via Marginal Revolution, from the Journal of Adolescent Health a minor study that helps fill in one more piece of the puzzle:

Despite having the highest risk per miles driven for motor vehicle crash involvement, only 57% of US high school students reported always using a seat belt when riding in a car with another driver in 2019.

Data from the national Youth Risk Behavior Surveys conducted biennially from 1991 to 2019 were used to assess trends in seat belt use. Modified Poisson regression with robust variance estimates and linear splines was used to examine seat belt use trend changes overall and by gender, race/ethnicity, and grade.

This fits in with my 2021 discovery of the dual Ferguson-Floyd Effects for homicide and traffic fatality deaths. With the rise of Black Lives Matter in later 2014, cops started to hassle bad drivers less because that was the message they were hearing from The Establishment.

There are few more spectacular advertisements for why you should remember to obey traffic and gun laws than the nighttime sight of police cruiser, with its lights flashing for 20 minutes or so as the cops leisurely look into how much trouble the poor dumb bastard driver is going to be in. Traffic stops are theater telling passersby to don’t speed, to buckle up, to don’t drink and drive, and to leave that illegal handgun at home.

During the Black Lives Matter era, black and (to a lesser extent) Hispanics are less afraid of being hassled by cops than they were before Ferguson.