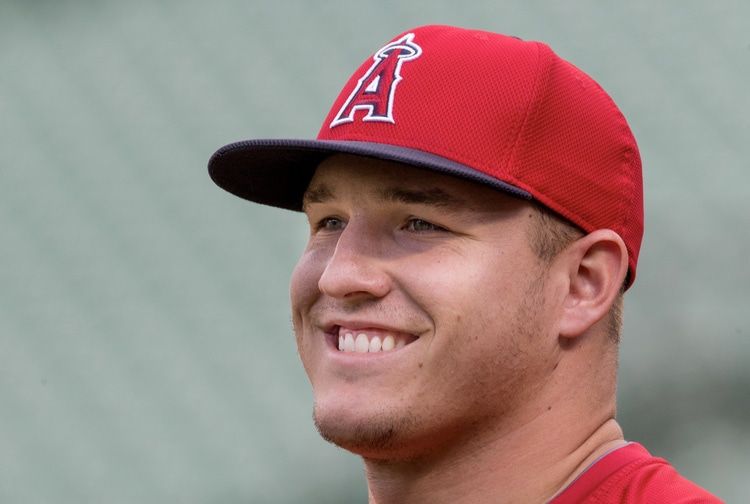 Why Is the World's Best Baseball Player Only 76% Better Than Average?

If People Were Paid by Ability, Inequality Would Plummet

Some may argue that top earners are simply super skilled, but that’s not what the evidence suggests.

Income inequality in the United States would fall drastically if people were compensated based only on their ability.

The fundamental reason that income inequality is extraordinarily high in the United States relative to other democracies is the disparities in power across groups. Both the left and the right often miss how these disparities can play out.

The skills that really matter in the workplace are much more evenly distributed than many people assume. Most low-wage workers are underpaid relative to their measured intelligence and personality traits, and many of the highest-paid professionals — including doctors, lawyers and financial managers — are overpaid according to the same metrics. …

Lawyers and financial managers make up 7 percent and 3 percent of all top earners. Dentists are among the most likely to be in the top 1 percent; they actually outnumber software developers in that group.

About a generation ago, I believe, dentists went through a period when they weren’t very prosperous due to fluoride in water and toothpasting reducing the number of cavities to be filled, but they have since rebounded nicely.

Some may argue that top earners, whatever their occupation, are simply super skilled. But empirical evidence shows that skills cannot explain their pay.

The actual range of worker productivity is much narrower than the range of incomes. Research from management science finds that high-performing managers or professionals are roughly 50 percent more productive than a typical worker in the same role. That’s a large gap, but the salaries of many highly paid professionals — say those in the 85th percentile of their occupational group — are consistently at a far higher level than the median worker in the same field.

Why are top performers paid so much more than average performers in their field?

One way to think about this is to look at baseball, where statistics on productivity and pay are public. The world’s best baseball player during the current decade has been the Angels’ centerfielder Mike Trout. Trout is like Mickey Mantle, if Mantle were bigger and had a fanatical work ethic.

As a hitter, Trout’s career On-base Plus Slugging average (adjusted for park effects) is 176. In other words, over his 8+ seasons in the big leagues, Trout has been a 76% better hitter than the average hitter.

That actually doesn’t seem like all that much. Mike Trout is only a 76% better hitter than the average.

(Of course, the average major league hitter is somewhere between one in a thousand and one in a million at hitting a baseball compared to other males of his age.)

Trout currently makes just under $37 million per year, compared to a mean salary of $4.4 million and a median salary of $1.5 million. Trout’s was the third highest pay in the big leagues in 2019 behind World Series-winning Washington Nationals pitchers Max Scherzer ($42 mil) and Stephen Strasburg ($38 mil).

Now, you could say he is only a 76% better hitter than the mean, so why isn’t he paid, say, $7.8 million? Or, because MLB has monopsony rules to depress salaries for players during their first six full seasons, why not, say, $15 million?

On the other hand, Trout is fabulously better on average than any other hitter around. (He’s also good at defense and baserunning.) Here are the top ten active players in career OPS+ (seasons, age, OPS+, handedness):

Votto, Cabrera, and Pujols are, presumably, Hall of Fame locks. Of course, their career averages have been coming down lately as they’ve aged. But the next six players are still in their primes and they aren’t close to Trout at all.

Basically, there is a giant pyramid of baseball players and at the tippy-top is Mike Trout.

And here are the top 11 active starting pitchers in career ERA+, a similar measure where 100 = average:

So pitchers stand out even less than hitters, probably because over the course of their careers, they tend to have some sore arm seasons that drive down their career averages.

In fact, Trout is often said to be underpaid.

Baseball players are often ranked on Wins Above Replacement (player). A replacement player is a below-average player whom a team could pick up easily from another big league team or bring up from the minors. A run of the mill regular is worth about 2 wins per season out of 162 games: e.g., replacing a replacement player (0.0 WAR) with an average regular (2.0 WAR) would likely boost an average team from 81-81 to 83-79.

Trout has averaged about 9 WAR per season over the last 8 years. I’ve seen rules of thumb suggesting that for a free agent eligible player, each 1.0 WAR is worth 7 or even 10 million in salary per year, suggesting Trout might be worth twice what he’s making.

It’s not immediately obvious why being 76% better than average is so awesome. Similarly, Scherzer has been a 56% better pitcher than average for his five seasons in Washington, which earned him his immense salary.

Some of the mystery is opportunity cost. You can’t hire 1.76 average hitters to do the work that Mike Trout does, because they’d make 1.76 times as many outs, and you only get 27 outs per 9 innings.

Similarly, you can’t hire 1.76 average brain surgeons to do the work of the Mike Trout of brain surgeons. Likewise, when I was working for my firm’s CEO in 1988 on mergers and acquisitions issues, I wondered why our outside M&A investment banker who advised the CEO was paid so much. One reason was because the CEO wanted one adviser who was familiar with his situation and whom he trusted to give him good advice. Hiring 1.76 mediocre advisers to carry on this task wasn’t equivalent.

… Consider the measures that best predict economic performance. Cognitive ability, years of education, experience and noncognitive traits (like conscientiousness, enthusiasm and emotional stability) are all strong predictors of income and health status. Taken together, they make up much of what economists mean by human capital and consistently predict high performance in the workplace.

As part of research for my new book, “A Republic of Equals: A Manifesto for a Just Society,” I calculated what each individual’s income would be if she or he were paid according to the attributes listed above (using data from the Bureau of Labor Statistics’ National Longitudinal Survey). Comparing actual income inequality to predicted income inequality results in a reduction from 0.44 to 0.19 as measured by the Gini coefficient of inequality. Paying people based on their fundamental skills would make the United States as egalitarian as Sweden.

The reason? The distribution of skills is far more egalitarian than the distribution of income — and would be more equal still if access to high-quality education and skills training were more widely available.

Consider that the top 1 percent of earners in the United States score one-third of a standard deviation (or 5 IQ points) above the average adult on cognitive and workplace skills — measured from an assessment of adults by the Organization for Economic Cooperation and Development. Not bad, but not that unusual, either: Roughly 45 percent of adults score that high.

Nah, I don’t believe the average top 1% income earner has a 105 IQ. Rothwell vaguely links to the PIAAC test but not to where in its huge website his data resides.

But, I think his general point is an interesting one.