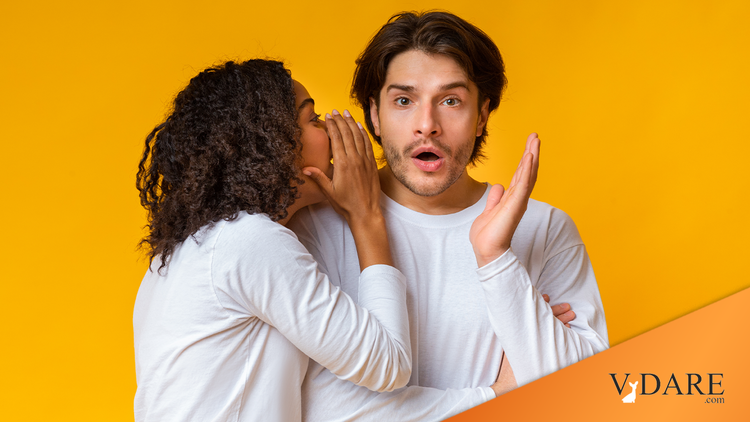 Why Do Almost All TV Ads Feature a Dumb White Husband with a Smart Black Wife?

If one subscribes to the view that politics is now really all about the economy, i.e. selling stuff to people, (especially in high immigrant places like NYC and London where Gentile White people are now the smallest minority, with probably the lowest birth rates to boot), then surely one would expect the algorithm-driven corporate entity marketing/adverting machines to have become optimized to profit from the groups which are numerically growing (fastest) and are relatively easier to sell to / i.e. are more profitable?

It’s almost as if every television ad these days features a black woman married to a white man living in a nice house in the suburbs because blacks are the most brand-obsessed and least good deal-interested set of consumers.