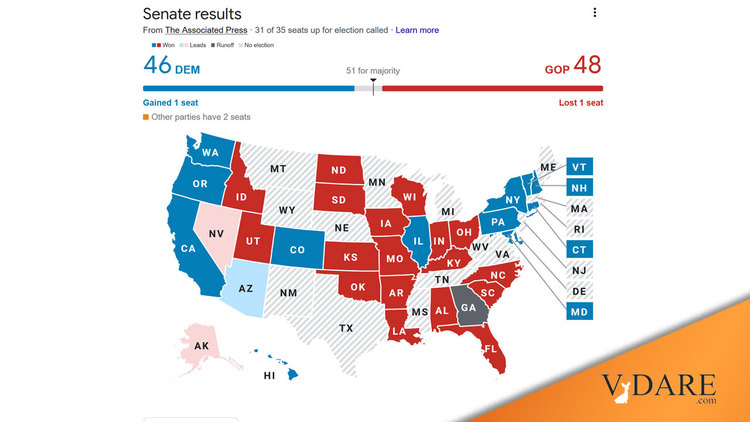 Why Couldn't Republicans Do Better In The Midterms? They Won In Oklahoma!

There is plenty to say about the November 8th midterms, and much to learn.  But this quote from Marc Thiessen struck me:

“There is a broader issue, and think about this: We have the worst inflation in four decades, the worst collapse in real wages in 40 years, the worst crime wave since the 1990s, the worst border crisis in U.S. history, we have Joe Biden, who is the least popular president since Harry Truman, since presidential polling happened, and there wasn’t a red wave."

According to Thiessen, the Republican party “needs to do a really deep introspection look in the mirror right now, because this is an absolute disaster for the Republican Party, and we need to turn back.” [Fox News commentator describes midterms as ‘searing indictment’ for GOP,  by Dominick Mastrangelo, The Hill, November 9, 2022]

There were some bright spots on November 8th:  Ron DeSantis' victory in Florida, J.D. Vance in Ohio and Mike Lawler defeating Maloney in New York.

And Oklahoma.   Governor Kevin Stitt was running for re-election against Superintendent of Public Instruction Joy Hofmeister, who had been elected as a Republican but who switched to the Democratic party last year.   Low polling put a scare into the Republican Governors Association, who pumped money into the state.  See here and here.

Meanwhile, the race for Hofmeister's current post, Superintendent of Public Instruction, was won by Republican Ryan Walters, who beat Jena Nelson 57% to 43%.   Walters ran on school choice and opposition to leftist indoctrination in schools, and was in the crosshairs of the education establishment, but  still won.

In a debate on October 25th, Walters had said