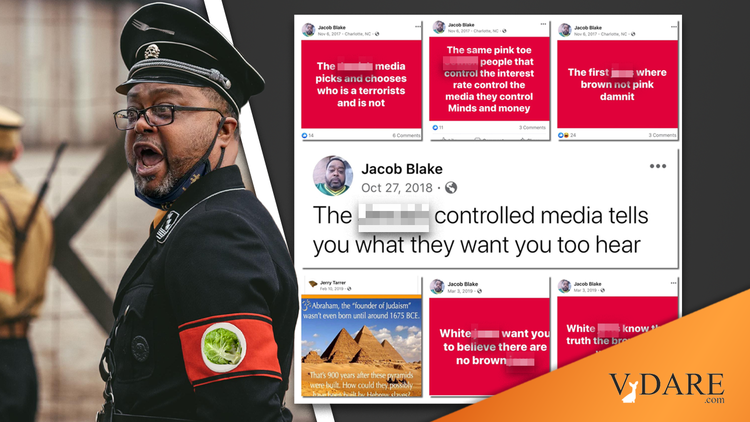 Joe Biden will meet with the father of Jacob Blake, the Black man shot by police multiple times in Kenosha, Wis., late last month, when the former vice president travels to the city on Thursday.

Biden’s campaign announced the visit in a press release on Wednesday. A campaign spokesman later confirmed to The Hill that the Democratic nominee would meet with Jacob Blake Sr. during his trip.

The meeting comes after President Trump said he refused to meet with the Blake family during a trip earlier this week due to their request that a family attorney be present for the conversation.

According to the website Reagan Battalion, Blake Sr. also has some colorful views on subjects besides vegetables: A couple of warnings:

First, I am not aware of proof that these are authentic posts by Jacob Blake Sr.

Second, they are not posts by the shooting victim Jacob Blake Jr. The icon photos are clearly of the older, heavyset Blake Sr. rather than of Blake Jr.

Presumably, Biden’s staff will overnight cancel the meeting with Blake Sr. and try to find some decorous substitute.

It’s too bad this news broke the day before because comedy lovers were sure looking forward to Joe and the anti-Sproutite going one-on-one on live TV.