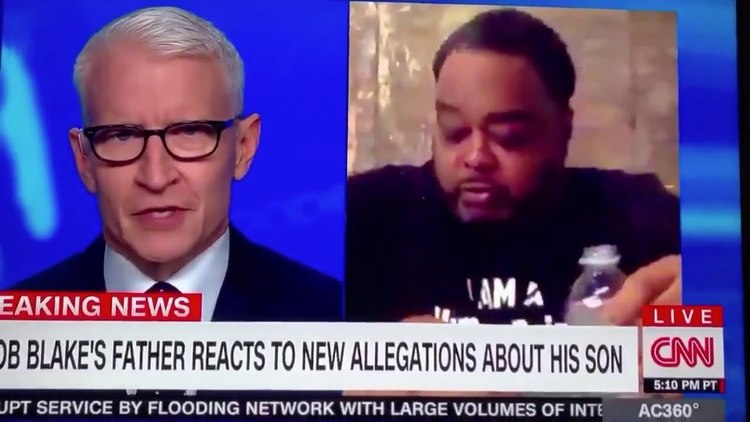 Characters in Tom Wolfe books are always reacting like Anderson Cooper does to Jacob Blake’s father’s response, “I hate Brussels sprouts.” For example, here’s the end of Wolfe’s 1970 book Mau-Mauing the Flak-Catchers about Black Power in San Francisco:

It wasn’t long before an enterprising brother named Ronnie started his own group, The New Thang.

“The New Thang?” said Mayor Alioto, after they had put in their own unique and confounding appearance at City Hall.

The Mayor looked wigged out, as if the lights had gone out in his skull.

“Oh,” said the Mayor. There wasn’t even the faintest shade of meaning in his voice.