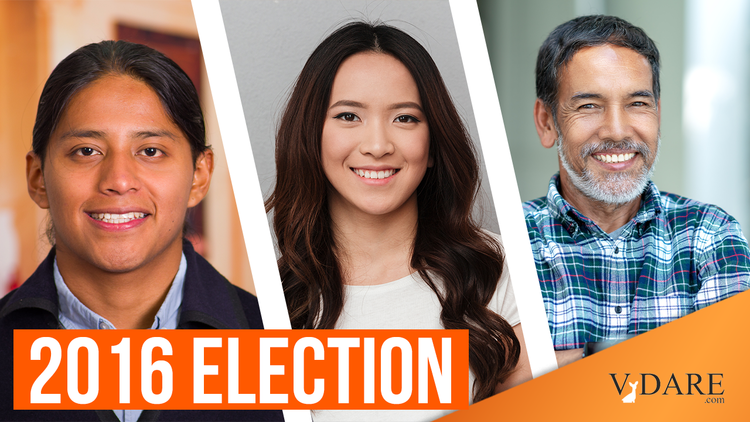 How Hispanics, Asians, and American Indians Voted in the 2016 US Presidential Election Cubans and Filipinos, among Hispanics and Asians respectively, are generally considered to be the most assimilated into the American way of life and so they, like white Americans, exhibit a great deal of political diversity among their ranks. Koreans and Filipinos are considerably more likely to be Christian than Asians of other ancestries living in the US. God may not be Republican, but his votaries tend to be.

It was this fool’s hope in the halcyon days of 2016 that an America First populism could go some way in uniting Old Americans–red, white, and black–in a political coalition putting the interests of American citizens ahead of non-citizens. Many American Indians may have been open to the idea, but black Americans were not.