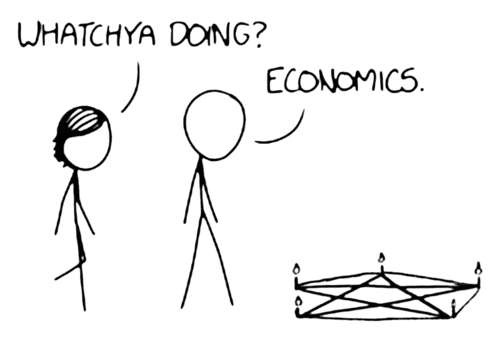 Why Are the Public Faces of the Economics Profession So Intellectually Self-lobotomized on Immigration?

One of the best kept secrets of the 21st Century is how large a role Diversity (in its various manifestations) played in housing bubble and bust of the last decade. So I’ve been slowly collecting studies by economists of the subject, such as how much worse the default rate was among minorities and immigrants. Last week in “Immigrants Delinquent on Mortgages 3.6 Times as Often as Natives,” I wrote about a recent study published in Real Estate Economics entitled “Immigrants and Mortgage Delinquency” and written by Zhenguo Lin, Yingchun Liu and Jia Xie.

Although Lin, Liu, and Xie toss in some boilerplate at the end about how obviously immigrants aren’t to blame for the bubble and bust, they had clearly read up on this question that fascinates me, citing Michelle Malkin as representative of the “media” and asserting that George W. Bush had “famously” said something at his 2002 White House Conference on Increasing Minority Homeownership, which is famous mostly to my readers. It was a good study, showing a much greater curiosity about this crucial question than is considered seemly these days.

And it made me wish economists did more studies of the impact of immigration. Instead, we mostly see big name economists just dogmatically endorsing immigration as obviously something that all smart people know is Good.

Why, you may ask? Because immigration is Good. If you were smart, you’d know that.

So why are famous white American economists so publicly stupid on immigration? I’m using the word stupid not to mean “disagree with me,” but to mean “ignorant,” “poorly read in the literature,” “using obvious logical fallacies,” and “incurious.”

It strikes me that one big reason for the shameful behavior of most brand name economists on the analysis of immigration is the demographics of the economics profession at present, with white American economists at the top of the pyramid lording it over a lot of immigrants. The wealthy old white guys seem to assume that their immigrant underlings don’t want the immigration question studied honestly, so they discourage intelligent discussion.

But who knows? Maybe the immigrants would actually like to study immigration? Perhaps in the future when all the old white American professors have been put out to pasture and people with names like Lin, Liu, and Xie completely dominate the American economics profession, discussion of immigration won’t be so intellectually stilted.

To give some sense of the demographics of the economics profession, here is the table of contents of that recent issue of Real Estate Economics that includes that Lin, Liu, and Xie paper. I’ve put in bold all the economists with names that, judging by the first and last names, don’t sound American: e.g., Leonard Nakamura is assumed to be American and Morten Sorensen to be immigrant. I count 40 immigrant-sounding names and 36 American-sounding names. I didn’t look up the individuals (other than watching a video of Morten Sorensen, who indeed has a Scandinavian accent), so don’t take the precise numbers too seriously, but take the roughly 50-50 split as pretty indicative of the demographics.

Is the FHA Creating Sustainable Homeownership?

The Effect of Mortgage Payment Reduction on Default: Evidence from the Home Affordable Refinance Program

The Cost of Foreclosure Delay

A Tale of Two Tensions: Balancing Access to Credit and Credit Risk in Mortgage Underwriting

How Do Land Auction Formats Influence the Market Structure and Aggregate Surplus of Real Estate Development?

Did Affordable Housing Legislation Contribute to the Subprime Securities Boom?

Do Homeowners Mark to Market? A Comparison of Self-Reported and Estimated Market Home Values During the Housing Boom and Bust

Is Timing Everything? Race, Homeownership and Net Worth in the Tumultuous 2000s

The Risk and Return of Commercial Real Estate: A Property Level Analysis

The Cap Rate Spread: A New Metric for Commercial Underwriting

Philip A. Seagraves and Jonathan A. Wiley

The Disciplining Effect of Concern for Referrals: Evidence from Real Estate Agents

Down Payment Saving in the United States: Evidence from the Panel Study of Income Dynamics

Commuting with Lost Housing Services as the Opportunity Cost

How Subprime Borrowers and Mortgage Brokers Shared the Pie

The Long and the Short of Household Formation