A white man named Darren Osborne who lives in Cardiff, Wales drove into a crowd of Muslims near the famous Finsbury Park hate mosque. (Pictured above, their former Imam, now in a US prison, with the hook replaced with a spork.)

He was almost lynched immediately by a crowd of Muslims, but the Imam stopped them, obviously for PR reasons. [ 'Hero' imam praises group that saved Finsbury Park suspect from angry crowd , Guardian, June 19, 2017]

Now GoodWhites on Twitter are asking "Who radicalized him?", which is what people ask after a Muslim goes all terrorist. (It's the wrong question—they should be asking "Why was he in this country?")

Maybe it was watching Muslims mass murder his fellow Brits repeatedly and realizing the government wasn't going to do anything about it? pic.twitter.com/z7kbsjRBOc

Let's talk about how the #FinsburyPark terrorist was radicalised. pic.twitter.com/Lx1woEaLKL

By all means, it was radicalized by the mass migration into Europe aggravated by Islamist murders--not by people pointing out these things. https://t.co/5i3netfTcI

The point of the "Who radicalized him?" question is to blame you, me, and Nigel Farage for this.

I think he was radicalized by the same Muslims who radicalized earlier Muslim terrorists.

I mean, he could have been radicalized by the Muslims who blew up little girls at the Ariana Grande concert. 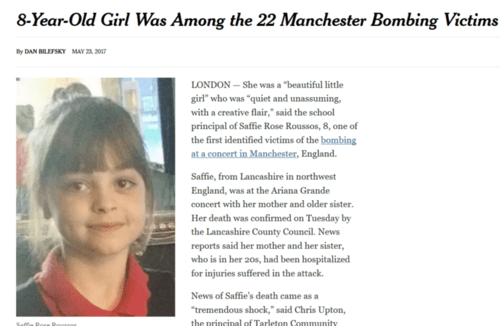 He could have been radicalized by the terrorist on Westminster Bridge—that was only in March, in case you've forgotten. 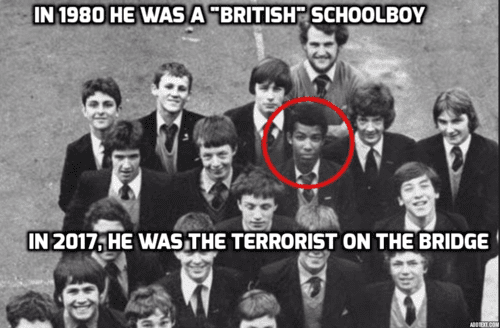 Maybe he was radicalized by these guys: 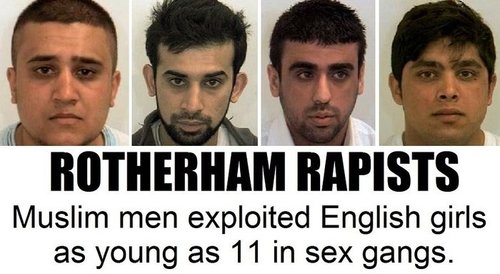 Maybe he was radicalized by the London Bombings of 2007:

Whatever it was, it was something done or said not by Nigel Farage, but by a Muslim.

There's a song that goes "You've Got to Be Carefully Taught" to hate—but the people who are teaching you aren't always the people the song meant.

Sometimes you're taught to hate by people who hate you.