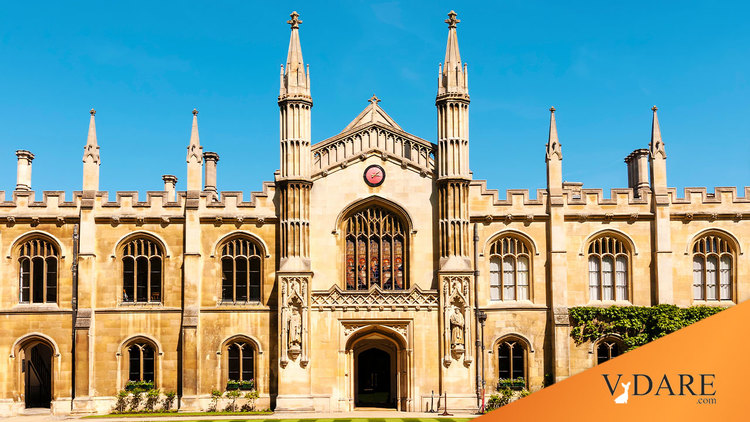 Under the project, white senior academics and management staff are assigned one of their black, Asian and minority ethnic (BAME) colleagues as a mentor in order to encourage “institutional change” at the university.

It is part of a raft of initiatives that the university’s equality and diversity department has introduced over the past year, aimed at boosting diversity and driving out racism.

Reminds me of how in the Soviet military, top officers had political commissars following them around to make sure they didn’t get up to anything.

After all, what have white academics at Cambridge U. ever accomplished?