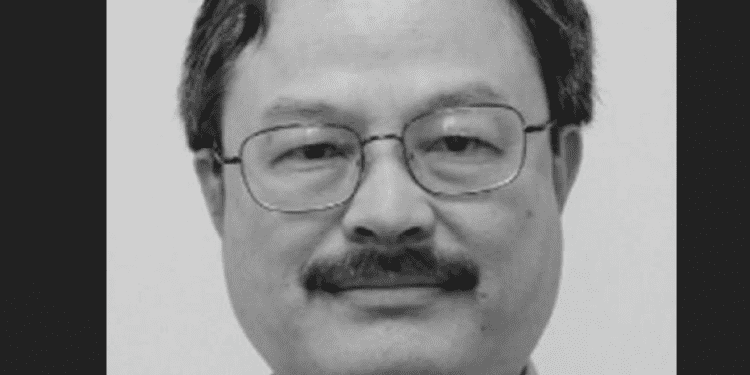 The news story said Engineer faces 219 years in prison for smuggling US military chips to China. The “engineer” is a man named Yi-Chi Shih. Shih isdescribed as a “part-time Los Angeles resident“ which sounds like a new way of not saying immigrant. That peculiar description of Shih is copied from the official DOJ press release, the headline  of which says “Electrical Engineer Convicted”, et cetera, and says nothing about Shih’s citizenship.

You have to go to the court docket, available online, to see that the passport surrendered by Shih was a foreign passport. (His co-defendant, "Kiet Ahn Mai of Pasadena, California", surrendered an American passport.)

The SCMP says that Shih is a "naturalised US citizen".

A Chinese-American electrical engineer faces up to 219 years in prison after a federal jury found him guilty of illegally shipping semiconductors with military applications to China.

After a six-week trial in southern California, Shih Yi-chi, a 64-year-old part-time Los Angeles resident and former president of a Chinese semiconductor company, was found guilty of making false statements to a government agency, mail and wire fraud and filing false tax returns.

Shih, who had also been an adjunct professor of engineering at the University of California, Los Angeles, was convicted of conspiring to gain unauthorised access to a protected computer and violating the International Emergency Economic Powers Act, a federal law barring unauthorised exports, the Justice Department said on Tuesday....

Shih, a naturalised US citizen, was convicted of 18 counts on June 26 after being indicted by a federal grand jury.

Shih's brother, Ishiang Shih was alleged to have been involved in this. Ishiang Shih is a professor at McGill University in Montreal, and thus appears in news stories as a "Canadian professor," except in the Taiwanese News, where the two men appear as Taiwanese-Canadian brothers suspected of spying for China in the U.S.

Assuming that it's true that Yi-Chi Shih is a US citizen, the foreign passport may represent dual citizenship in any of Canada, Taiwan, or the People's Republic of China.

He's still a Chinese professor convicted of transferring American military tech to China, and that's what the MSM doesn't want you to know.