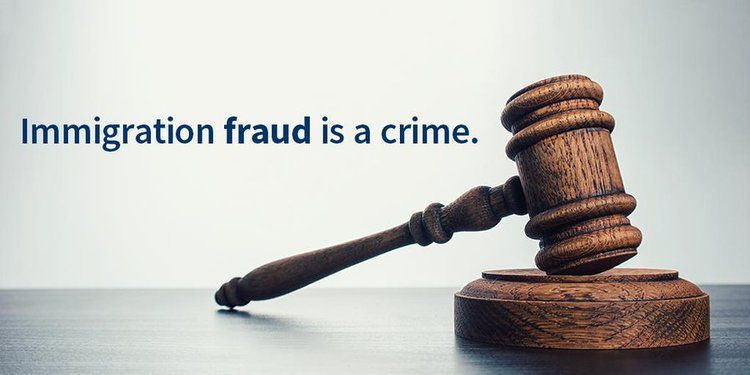 Again, mea culpa, mea culpa. Your correspondent is sometimes wrong, not often, but sometimes. And again I must admit that Ken Cuccinelli is the man. While not quite Tom Homan or Kris Kobach, he is doing yeoman’s work at U.S. Citizenship and Immigration Services (USCIS), the component of the Department of Homeland Security (DHS) that adjudicates applications for benefits.

Cuccinelli is on the attack. Now he is correcting one of the major problems at USCIS, the current #DeepState in middle and upper management that opposes fraud investigations. The Resistance at USCIS only wants to approve applications, never deny, and never, never, investigate a fraudulent application resulting in an illegal alien being deported.

The agency in charge of granting citizenship and visas to immigrants is tired of getting duped by scammers and fraud lawyers and its new boss plans to fight back.

Ken Cuccinelli, the acting director of U.S. Citizenship and Immigration Services, told Secrets that one of his top priorities will be to sniff out fraud among those trying to win citizenship, and take them to court.

“Anybody who lies to us about anything shouldn’t get whatever it is that they are asking for. And to me that’s pretty commonsensical,” he said.

Besides preserving citizenship for those who deserve or earn it, Cuccinelli said that the army of investigators and other officials at USCIS must be respected and not constantly lied to.

“We are taking steps to address all of these things … I think to the great enthusiasm to the people here in the agency,” he said, adding, “I think we are going to put ourselves in a position to prosecute virtually all of these. And that’s very unique .”

This is a major change from the past. Under the Obama Regime, USCIS had a policy of not criminally prosecuting immigration fraud, as well as ignoring blatant fraud, generally by approving applications for benefits that had been identified as fraudulent by USCIS’ own Fraud Detection and National Security Directorate (FDNS). USCIS also had a policy of not placing illegal aliens who were denied benefits in removal proceedings. Instead they had a convoluted system where a committee would vote on whether an illegal alien who was denied a benefit would be placed in deportation proceedings. And that does not even include arresting that alien. Instead they would be sent a “run letter” informing the alien they were placed in deportation proceedings. “Run letters” are so called because the illegal usually changes his address after receiving one.

One hopes that Cuccinelli will see that such aliens who commit fraud are arrested, and not just sent a run letter. Your correspondent warned President Trump that USCIS would be a problem. [President Trump Will Have Foes In Immigration Bureaucracy—But Also Friends. They Can Help Him Win, April 25, 2016] And your correspondent offered some advice on how to manage USCIS, how to adjust their pro-illegal alien attitude. [Taming U.S. Citizenship And Immigration Services, by Federale, Federale Blog (Censored by Google), December 17, 2016] My advice holds today as it did then, even more so as the Deep State Resistance intensifies at USCIS. Remember, the Deep State is so bad bureaucrats acted to protect Muslim terrorism by aliens in San Bernardino. [Treason and Sabotage: Immigration Bureaucrats Acted To Protect San Bernardino Terrorists, by Federale, July 5, 2016]

We don’t tolerate people who abuse and defraud our system. ⚖️Thanks to the hard work of our Fraud Detection and National Security officers and our law enforcement partners, this fraudster was convicted of 21 counts of H-1B visa fraud.🚔 https://t.co/9L1qIsr9Yv pic.twitter.com/gNiJT2Zh81