White House Press Secretary: Obama Oppressed by Not Being Able to Send His Kids to Fairfax County Public Schools

From Politico, a transcript that is either slapdash or Obama is starting to sound like George W. Bush giving his White House Conference on Minority Home Ownership speech:

PRESIDENT OBAMA: Those who are better and better, more skilled, educated, luckier, having greater advantages are withdrawing from, sort of the commons, kids start going to private schools. Kids start working out at private clubs instead of the public parks. An anti-government idea old disinvests from those common goods and those things that draw us together, and that, in part, contributes to the fact that there is less opportunity for our kids.

I think I understood that.

JOE SCARBOROUGH: Obviously, the man that said it, went to the best prep school in Hawaii and went to the best private colleges in the United States, his children who I don’t think it’s anybody’s business where they send their children, but if the president is going to criticize people who send their children to private schools he has to recognize, obviously, that he sends his children to the best schools in Washington, possibly America. How does he, is there a self critique against himself, the mistakes he’s made? What was the president trying to get at there?

JOSH EARNEST: Joe, the point the president was making is it’s important for us to recognize it as a country. We all have an interest in investing in the common benefits that our country has to offer.

EARNEST: His point is that even if you send your kids to private school, we all have an interest in making sure we have good high quality public schools available to everybody. It’s not that far from the White House that we do have some of the best public schools in the country over in Fairfax County, Virginia. 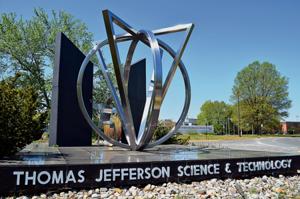 “No way, Dad, am I going to some nerd nirvana just because you’re the President and now you ought to send your kids to public school.”

Fairfax County, Virginia came out the #1 large county in the United States for preserving the income advantage of the upper middle class. Of course, that’s due in part to colossal amounts of taxpayer dollars being spent in Fairfax County since 9/11 as a reward for not noticing what Osama was planning.

That is an example. That is also a more wealthy than average county in the country. That is an example of a society of a community that has invested in a common good for the benefit of their community and that’s the kind of thing that we need to see all across the country. Whether that is something as simple as investing in our national parks or local parks or public schools or making sure that every single American has access to quality health insurance.

JOE: So did the president consider sending its children to public schools? Again, none of my business unless he is criticizing Americans who send their children to private schools.

As a Lecturer at the U. of Chicago Lab School, the Obamas presumably got a discount on the tuition, which is currently $27,384 per year.

He’s suggesting all Americans need to keep in mind; it’s in our collective interest as a country and as citizens for us to invest in the common good, for us to invest and make sure we have good quality public schools available for everybody so that everybody has a fair shot. Everybody has a fair shake. Everybody has an equal opportunity to succeed and will let their ambition and hard work take them as far as it will carry them. That is what this country is all about. we start to lose sight of those basic values in this country the we start to retract into our own private clubs and schools and lose sight of the fact if we lose interest that we want those public schools to be good.

JOE: Please let the president also, I got a name of a couple public golf courses I’d like to show him. My comment is one of the best. I’d love to take him on a round out there. Public, beautiful. My impression is that Obama, unlike Bill Clinton, doesn’t have discriminating tastes in golf clubs. As President, Clinton fell in love with Ballybunion in Ireland, which I spent $1,000 to join as a Lifetime Overseas Member in 1987. (Unfortunately, I’ve only gotten back for 27 holes since then.)