Conservative MP Sir David Amess was stabbed to death by a "25-year-old man" while meeting with his constituents.  Although the police arrested him immediately, for quite a while they couldn't manage to communicate either his name, his nationality, or his religion,  only his age and sex. Coulter's Law says the longer it takes police to release that kind of data, the more likely the killer is to be "diverse."

The longer we go without being told the race of the shooters, the less likely it is to be white men. #sorryNYT

The Independent has reported  that the nationality is Somalian, and the religion is Muslim:

"The suspect is of Somali origin, and the murder is being treated as a probable Islamist terror attack."

Dear @BarackObama, this must be a day of grieving for you, as you mourn not having been able to import that murderous Somali here. Condolences.https://t.co/NjX2FnNuxt

Here's what the Independent has to say:

He said it was not yet certain whether the killing was an act of terror. Detectives are keeping an open mind, he told a press conference.

However, The Independent understands that the suspect is of Somali origin, and the murder is being treated at this point as a probable Islamist terror attack.

A 25-year-old man was arrested “immediately” after police arrived at the church where Sir David was stabbed, Mr Harrington added.

Lizzie Dearden and Kim Sengupta have the story.

What this means is the police still haven't said that the killer was Islamic, or Somali, but the press found out from someone and is reporting it. Detectives, however, are trying not to Notice it.

The press keeps comparing this to the murder of far-Left MP Jo Cox by far-right white guy in 2016. This is a typical British MSM response: see John Derbyshire’s Terror Channel Report: Moral Equivalence Is A Crock, from 2017.

A more useful comparison would be to compare it to all the other terrorist murders by black Muslims, like the killing of Fusilier Lee Rigby by this guy: 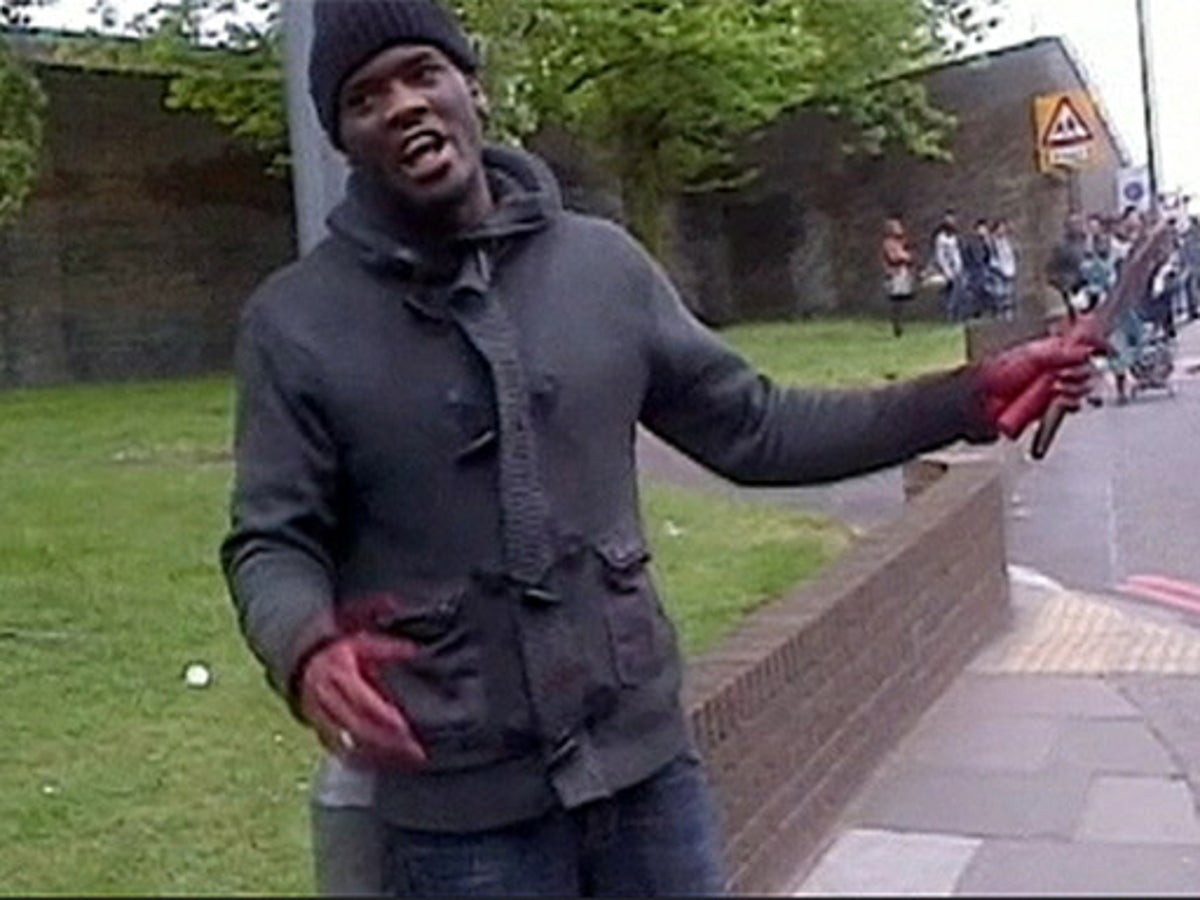 Or you could compare it to the Somali who ran amok in London and stabbed 6 people. See IRISH TIMES Headline On Somali Knife Atrocity: "London Knife Attacker Is A Norwegian National - Police."

There was "no evidence of terror" there, which is a point in the detectives' favor, above: your Somali doesn't have to be a terrorist to stab people.

This incident will be used, if history is any guide, as an excuse to crack down on knives, and on white complaining on social media about Somali murderers. But not on Somali immigration.

By the way, in 2008, a female MP was criticized for wearing a stab-proof vest to tour her high-crime constituency.