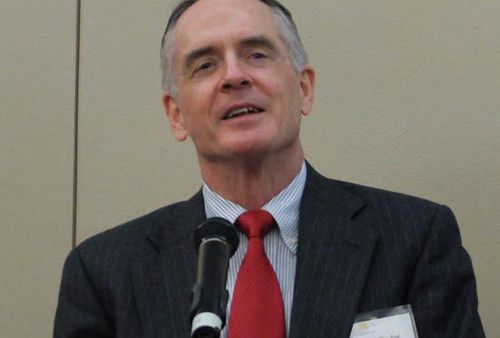 What Were They THINKING? Jared Taylor, Ransom Note Racism, And The $PLC

In his article tonight, Jared Taylor writes that the Washington Post’s Peter Holley [email him] quotes SPLC’s Mark Potok as saying that Jared is “a man who described black people as psychopathologically incapable of sustaining civilization in any circumstances and as the authors of massive amounts of crime directed at white people." [Hear a white nationalist’s robocall urging Iowa voters to back Trump, January 12, 2016]

Jared writes “I’ve never used the word “psychopathological” in my life, and when American Renaissance writes about crime rates we use the best government statistics available.”

So why is the SPLC saying this? Are they just making it up? Sort of. It's an exercise in what we call "Ransom Note Racism"—a term invented by Kathy Shaidle—where people who call us hate groups cut and paste snippets of out-of-context quotes that they consider racist.

The Jared Taylor profile on the SPLC website says

In His Own Words

This has no link—unlike us here at VDARE.com, they just expect you to take their word that someone said something. That ten-year old quote is from Africa in our Midst | The media suppress Katrina’s lessons, by Jared Taylor, American Renaissance, November, 2005.

This quote also appears on American Renaissance’s web site under Our Issues/Crime And Disorder:

Africa in Our Midst

Hurricane Katrina, which struck New Orleans on August 29, 2005, unleashed a nightmare of looting, violence, and degeneracy. Jared Taylor’s synthesis of contemporary news reports lead to one of his most controversial conclusions: “The races are different. Blacks and whites are different. When blacks are left entirely to their own devices, Western Civilization—any kind of civilization—disappears. And in a crisis, it disappears overnight.”

Mr. Taylor has since regretted this conclusion, calling it “harsh” and “perhaps not even correct.” [Emphasis added] Judge for yourself.

But the SPLC won't let it go. As for the thesis itself, try think of counterexamples. (Not Haiti, pre- or post-Colonial Africa, Detroit, Camden, New Jersey, not…hmm.)

However, I believe that the SPLC is thinking of Professor Richard Lynn’s 2002 cover story Race and Psychopathic Personality. (Based on Lynn, Richard. "Racial and ethnic differences in psychopathic personality." Personality and Individual Differences 32.2 (2002): 273-316.)

Is that the answer? Probably. If you think SPLC wouldn’t base years of libel on one article they got wrong, you don’t know the SPLC.

The SPLC doesn’t like Lynn either, and has a file on him which includes this quote:

”[t]he issue of race differences in personality is one of the big problems that still has to be tackled. I attempted to make a start on this in 2002 with a paper in which I assembled evidence suggesting that psychopathic personality is highest among blacks and Native Americans, next highest in Hispanics, lower in whites, and lowest in Orientals.”

That also doesn’t have a cite, but it’s from an interview Lynn did with Helmuth Nyborg—see “He Kept The Faith”–A Conversation With Richard Lynn: Part Three on VDARE.com.

So what is this about? Well, it is an article of faith among followers of the "Standard social science model" that blacks, whites and Asians have exactly the same levels of psychopathic personality. Differences in crime levels are caused by racism, in the same mystic way that differences in IQ are caused by racism. Anyone who says different is engaged in "racist pseudoscience."

But there has never been any evidence for this secret equality, so they have to surround the whole thing with superstitious practices and heresy hunting.