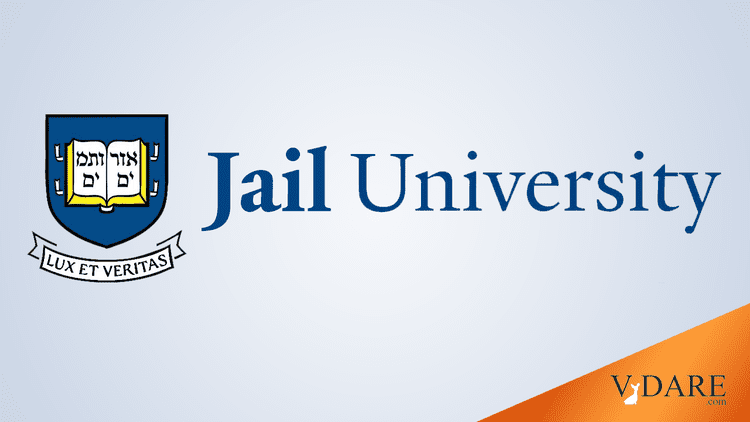 What Should We Rename Yale? How About Jail University!

How about a bill withholding all federal funds from Yale University until it changes its name? The school’s namesake, Elihu Yale, was not only a slave owner, but a slave trader.

Ann went to Cornell U., one of the few famous Eastern universities to be founded after the Emancipation Proclamation. Cornell was located in the Silicon Valley of its day, upstate New York, where waterfalls had long driven advanced machinery. Indeed, when Stanford was founded a generation later, much of the administration and faculty were brought over from Cornell.

I was figuring Yale should be renamed Floyd U., but then Rayshard Brooks came along. In honor of George Floyd, Rayshard Brooks, and all the subsequent black knucklehead felons who get themselves killed by the cops to come, I suggest Yale University be renamed Jail University.