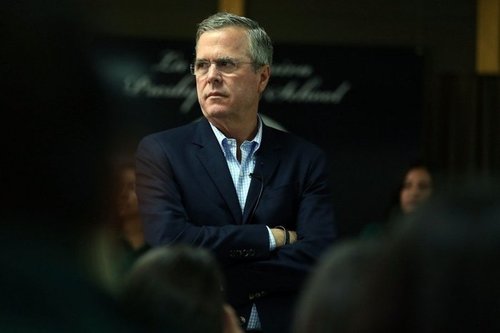 The Washington Post expands at great length upon my August 24th observation that Jeb Bush exudes more leadership charisma in Spanish than in English:

Why Jeb Bush might want to campaign in Spanish 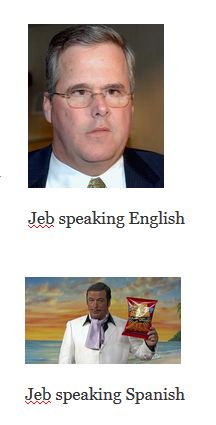 Donald Trump famously called Jeb Bush "a very low-energy kind of guy." The New York Times headlined a story this week with the words,"Jeb Bush is still waiting for polling to catch up with fundraising." And in the final days of 2014, the American Spectator published, "The Overrated Candidate: The Case Against Jeb Bush."

Unfortunately for Bush, the list does go on, and on, and on. It's coming from what many would consider friendly corners and those who own said corners. It's most definitely coming from foes. Bush has struggled, stumbled and staggered his way through this summer campaign season.

But when answering questions in Spanish, Bush, a native English speaker, sometimes comes quite close to being a different man — or at least a somewhat different candidate. Note Trump's, um, dismissive comments this week about Bush's language skills. Trump told Breitbart News that Bush is "a nice man. But he should really set the example by speaking English while in the United States."

There might be a reason Bush, the Spanish speaker, has The Donald's attention. In Spanish, Bush seems deliberate about his word choice but clear about his own ideas. He's less awkward, more inclined to display some wit and personality, to relate the personal to the political and to speak to the issues that effect many people's day to day lives.

The article goes on to provide some compare and contrast videos of Jeb being dynamic in Spanish while being a big drip on the same topic in English. 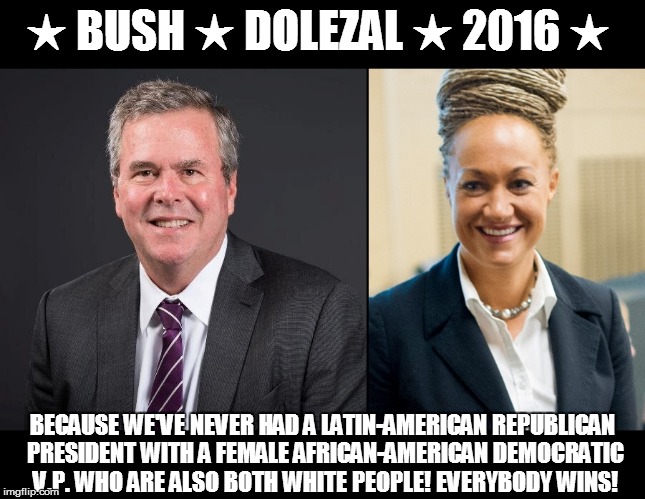 That’s not surprising: Jeb speaks Spanish at home, and that’s the language in which he is most his true self.

Jeb Bush is transethnic the way Caitlyn Jenner is transgender and Rachel Dolezal is transracial.

I’m happy for Jeb that he found in a foreign country true love and a new culture and language in which he feels more manly and alive.

Being the way he is, it’s only natural that Jeb likes Mexicans more than he likes Americans. Naturally, Jeb wants to see the U.S. fill up with Mexicans.

But that doesn’t seem like a very good reason at all for Americans to elect Jeb their President.

As a bonus, here’s rare footage of an alpha male Jeb speaking Spanish:

Or as Jeb prefers to say, in Spanish he transitions into an “alfa macho.”