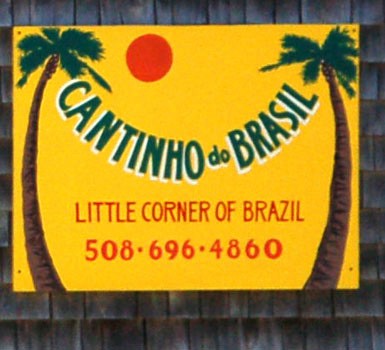 There is a convincing case that the demise of the legacy MSM, particularly newspapers, stemmed not from the opportunities given by the lower delivery costs of the internet to new competitors, but from public disgust at the way boneheaded PC censorship had destroyed the editorial integrity of the traditional news purveyors. Hence the powerful rise of more open-minded news aggegators like the Drudge Report or Real Clear Politics, quite apart from actual content generators like VDARE.com

Take On Martha’s Vineyard, a stark look at income inequality by Billy Kenber The Washington Post August 16th 2013. This is commendably lucid exposition of the growing social problem on the island, visits to which have served as a pleasant way for President Obama - and Clinton before him – to signal alignment with America’s Left Nomenklatura.

The average wage on Martha’s Vineyard is 71 percent of the state average, according to a recent government report on the island’s housing needs. By contrast, rental prices are 17 percent higher and house prices are 54 percent above average

“We’re losing our middle class and we’re losing our young people because the jobs aren’t there and because of the cost of living and housing,” said Peter Temple, a retired businessman who serves as executive director of Martha’s Vineyard Donors Collaborative…

“The families that go are policemen and teachers and people who we need to sustain the island,” he said. “It’s people who would make a decent salary on the mainland, but they find it real tough here…

What the story avoids mentioning is the cause, which I have previously pinpointed in Democratic Elite prefers Martha's Vineyard...Brazilian. Since (apparently) 1986 hordes of Brazilian blue collar workers have invaded, undercutting the local born workers by accepting employment off the books and, on reaching critical mass, imposing de facto a Portuguese language requirement on group job situations.

This process was discursively documented about half way down Martha’s Vineyard Guava Puree October 12, 2012

In 1986 a Brazilian dishwasher named Lyndon Johnson Pereira was lured to Martha’s Vineyard by the owner of the restaurant where he worked to help with another restaurant there…after two summers working Pereira had saved tens of thousands of dollars and decided to return home, “rich”. Word quickly spread, with 40 Brazilians, many from Pereira’s town in Brazil, showing up to work in 1988. Long story short, if we can trust a recently printed statistic..."Brazilians are responsible for “one third of the births on the island"...roughly 3500 Brazilians...are thought to live among the roughly 15,000 year-round residents.

Martha’s Vineyard has always been a seasonal employment market, and national economic fluctuations are not new. The explanations offered by this article are absurdly inadequate. I am reminded of the 3,100 word essay on the ruin of California without a single mention of the effect of mass immigration which first alerted me to Queen Jennifer Rubin’s blindness on the subject.

Native-born Americans are being driven off Martha’s Vineyard by an uncontrolled immivasion. And the obscenely wealthy Democratic plutocrats who are beneficiaries of cheap docile Brazilian servants there are delighted: they hate their fellow countrymen anyway. Martha’s Vineyard is a preview of late 21st Century America.

Ask Billy Kenber why he did not discuss Martha’s Vineyards’ immigration problem.