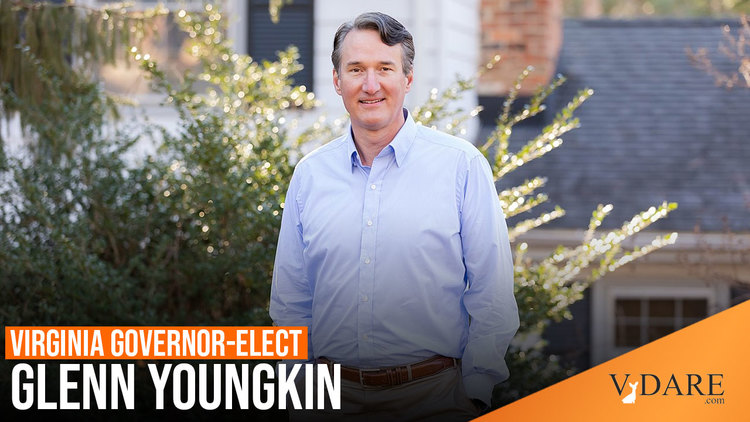 WASHINGTON POST: Democracy Dies When The Republican Candidate Gets More Votes Than The Democratic Candidate

And for those who consider themselves lower-d democrats: This is your wake-up call, too.

Democrats in Congress had months to prove that they could legislate, to demonstrate that a government of the people, by the people and for the people could still function despite the creeping authoritarianism, the daily assaults on truth and the conspiracy-minded paranoia.

They let President Biden down. They let the country down. And on Tuesday night, Terry McAuliffe paid the price.

Virginia voters decided not to return him for a second nonconsecutive term as governor, instead electing Republican businessman Glenn Youngkin, who ran a Trump-inspired campaign of disinformation, conspiracy theories and race-baiting. It wasn’t terribly close. Republicans were leading the lieutenant governor and attorney general races, too, and were within sight of a majority in the House of Delegates.

There’s no sugarcoating this loss for Democrats in a state Biden won by 10 percentage points a year ago.

… The Manchins and the Sinemas and the Jayapals, by making the perfect the enemy of the (very) good, have handed an advantage to an illiberal faction that is stoking White nationalism….

Youngkin’s victory confirms a depressing reality: Trumpism succeeds as a tactic even in the absence of Trump. Though Youngkin nominally distanced himself from Trump (he didn’t mention Trump often or attend events where Trump spoke on his behalf), he ran a classic MAGA campaign, raising racial fear and animus among White voters by scaring them about crime and the phantom menace of critical race theory.

“Critical race theory” is an extremely polite euphemism used by Republicans unwilling to denounce it for what it is: anti-white racist hate.

Actually, Democratic turnout was exceptionally high — but it was even higher on the Republican side.

In other words, this election was a triumph of participatory democracy.

… Democrats, you are running out of time to save democracy.

Oh, but I forgot, what the word “democracy” actually means in the Washington Post is: when the Democrats win.