Was "They"'s Murder of a White Berkeley Schoolteacher a Hate Crime? 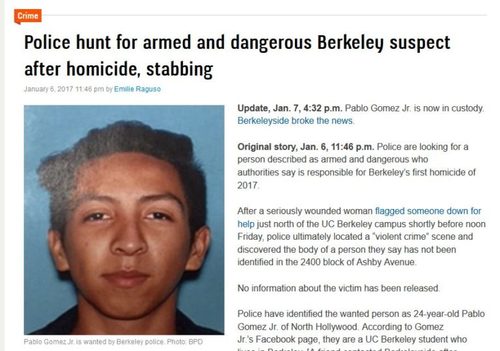 [Earlier: Fugitive Latinx / Chicanx Studies Major Who Is Wanted in Berkeley Stabbing Murder Answers Only to Pronoun “They”]

Friends of Lafayette’s Sienna Ranch were reeling Sunday night with the news that a popular local teacher had been killed during an apparent knife attack in Berkeley Friday.

Berkeley police have yet to officially identify the young woman found dead in an Ashby Avenue home but a notice issued by Sienna Ranch over the weekend confirmed that she was Emilie Inman, the school’s 5th-6th Middle School science instructor.

A UC Berkeley student wanted in connection with the homicide, as well as an apparently related stabbing that sent another young woman to the hospital, is reportedly in custody, according to police and news site Berkeleyside. 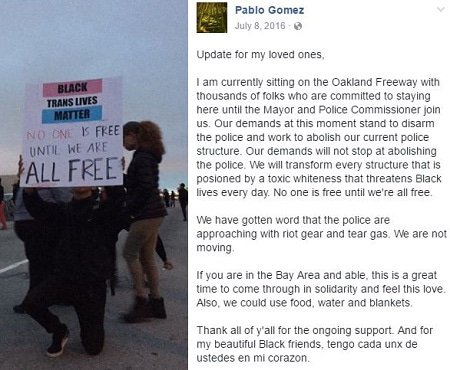 Inman’s body was located at a house in the 2400 block of Ashby Avenue. It was located after a woman who said she had been stabbed at an unknown location earlier in the day somehow made it to the 2600 block of Ridge Road north of the UC Berkeley campus – flagging down a passing motorist for help.

Posts and contact from friends of the victims theorized that there was an initial violent contact between Gomez and the as-yet unidentified first victim with Gomez then traveling to the Ashby Avenue home to confront a second acquaintance who had moved out a year earlier.

Friends said Inman knew Gomez Jr., who posted about queer, transgender, and other issues such as police brutality and the media’s portrayal of minorities.

While the relationship between Inman and Gomez Jr. remains a matter of investigation, the youthful teacher’s impact on the family-owned Sienna Ranch was not in doubt.

“The email said she’s dead,” one Orinda parent wrote Sunday. “I’m in shock. She taught SO MANY Lafayette kids… she taught my son.”

Sienna Ranch is a 21-acre ranch in Lafayette, its owners and team of teachers stressing environmental education and learning through art and discovery.

They’ve got they locked up in the psych ward at the L.A. County jail for evaluation.

What are the chances that they was pushed over the edge into homicidal rage by the Trump Derangement Syndrome and Anti-White Hate promoted by respectable media and authority figures?