Violent Immigrant Resistance To ICE, With No Help From DeBlasio's NYPD

The Democrat Party organized terrorist campaign against the enforcement of immigration laws has begun.  Illegal aliens, their supporters, and political operatives attacked Deportation Officers (DO) of U.S. Immigration and Customs Enforcement (ICE), Enforcement And Removal Operations (ERO), who were trying to arrest a Guyanese criminal illegal alien in New York City.

Sadly, this first shot in the terrorist campaign showed ICE ERO Officers bewildered, unprepared, and ill equipped to deal with this first battle in the upcoming campaign that will only get bloody.  While no one was hurt, this was just a test of the tactics to be used in this terrorist campaign.

Sadly, no arrests were made by ICE ERO Officers of the criminals who were violating Title 18 United States Code Section 111, Assaulting, resisting, or impeding certain officers or employees.

This writer warned about the plans terrorists groups have to impede the enforcement of immigration laws, including threats, assaults, and interference with enforcement activities in VDare. [In The Streets And The Courts, The Left Plans A Coup. But Trump Can Fight Back, by Federale, VDare, February 14, 2017] 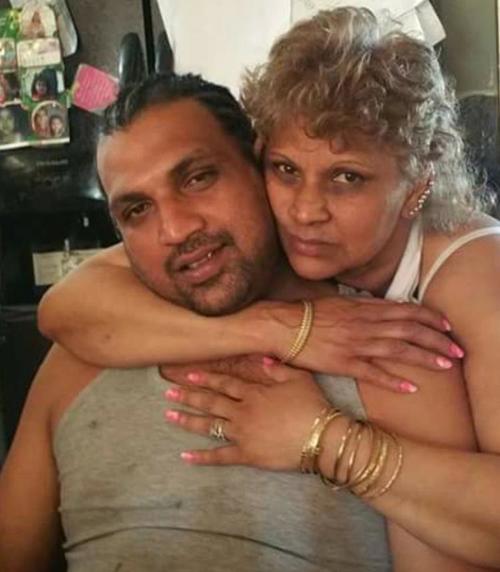 There I warned that ICE was unprepared for The Resistance, the terrorists groups organized by the Democrat Party operatives, and their illegal alien allies.  While ostensibly deny any violent intent, the terrorists always leave that option open, just as the Democrats use the Black Bloc and Antifa at their demonstrations to do the violent work, then deny any connection to those who commit violence, decrying them as fringe groups unassociated with the main protest.

But back to the incident at hand:

A woman kneeled in front of federal immigration agents and prayed Tuesday as they walked her brother — accused of burglary and reentering the country illegally — to an unmarked car in Queens.

Tensions were high around 10 a.m. on 112th St. near 101st Ave. in Richmond Hill. More than 30 residents were shouting and trying desperately to keep the feds from arresting Hardat Sampat, who is from Guyana.

But the Immigration and Customs Enforcement agents, who swooped in while driving unmarked cars, boxed in Sampat on the one-way street as the driver of the car in which he was riding tried to get away, witnesses said.

“Why me?” Sampat’s sister wailed, according to family friend Melissa Rivera, 22.

[See It: Federal Immigration Agents Forced To Call For Backup After Residents Attempt To Stop Arrest In Queens, By Elizabeth Keogh and Thomas Tracy, New York Daily News, May 31, 2017]

Bill DeBlasio's New York Police Department cooperated with the terrorists and made no arrests despite the many local law violations.

Facing the growing crowd and blocked in by a car owned by one Sampat’s relatives, ICE agents called for backup. NYPD cops were diverted to the corner for crowd control, but no additional arrests were made.

Hardat Sampat, an apparent Indian Guyanese , has a long criminal history and a previous deportation.

Police arrested Sampat weeks ago for burglarizing the Rockaways home of a 37-year-old woman he knew on April 9 and on April 30. During the second alleged break-in, he vandalized the apartment by spraying white paint on the walls and furniture, according to court papers...

Sampat agreed to be deported to Guyana while he was in a Florida prison facing assault charges about five years ago, but came back to the U.S. illegally to be with his family, neighbors said.

While this particular incident did not result in bloodshed, the next incident will likely not be so bloodless.  With ICE ERO Officers unprepared for the attack, and ICE ERO management and John Kelly not authorizing arrests of the attackers, such actions will soon escalate.  Heed the warning of Federale, like the great Enoch Powell, 'As I look ahead, I am filled with foreboding. Like the Roman, I seem to see "the River Tiber foaming with much blood"'.