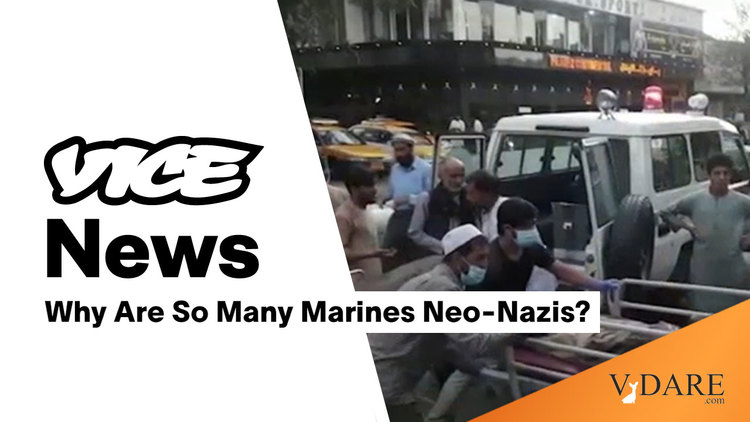 From my Taki’s Magazine column “Our Culture of Lying” that I wrote a week and a half ago:

The causes of the latest failures are not fully clear yet, in part because we don’t know what exactly will still happen. For instance, there are several thousand American citizens in Afghanistan right now. It’s possible that the Taliban, who have so far been trying to behave like a more mature, prudent organization than the puerile extremists who ran Afghanistan two decades ago, will oversee an organized evacuation that brings them credit in the eyes of the world.

Yet, it’s also possible that a hotheaded faction among the victors might carry out reprisals, rather like how in neighboring Iran in 1979, student radicals organized the taking of the U.S. Embassy staff hostage without first informing the Ayatollah Khomeini, who, upon seeing how popular it was, then endorsed it.

Unwritten is the future…or at least the one day between when I write my column and when you read it.

But yesterday, I was thinking, ya know, maybe the Biden Administration is going to luck out with their inept contingency planning (such abandoning Bagram airbase first and thus having to rely on the civilian airport) after all; by now, most of the actual Americans are out of Afghanistan without anything too awful happening yet.

But due to my usual combination of 20% prudence and 80% indolence, I didn’t get around to proclaiming that.

And even if I had, it still wouldn’t be as poorly timed as this tweet: