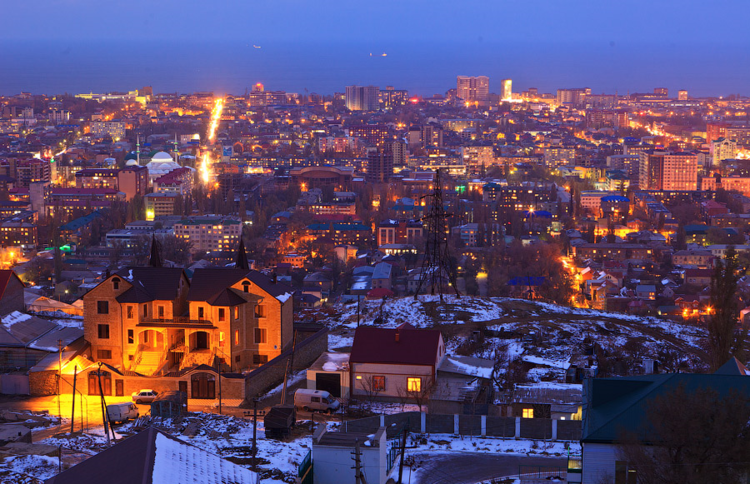 MOSCOW — The mayor of Dagestan’s largest city, who has survived 15 assassination attempts and employs a large security force to protect him, was arrested on murder charges Saturday by heavily armed forces in armored personnel carriers and helicopters, Russian officials said.

Said Amirov, the 59-year-old mayor of Makhachkala, has been in a wheelchair since 1993, when one attempt on his life severed his spine. His southern Russian city is known for frequent bombings and shootouts among police, criminal gangs and Islamic fighters. For six months last year it was home to Tamerlan Tsarnaev, one of the accused Boston Marathon bombers. His parents live there now.

Amirov was seized by troops wearing camouflage, helmets and bulletproof vests and armed with automatic rifles. They surrounded his palatial house on the Caspian Sea, according to a video shown on LifeNews, a Web site that has close connections to the security services. ...

In Russia, one question nearly always arises when an arrest is made: Why now?

In other words, everybody is guilty, so who arrests whom is mostly a question of timing.

Putin really likes that name, doesn't he? For those of you keeping score at home:

Maybe RamZPaul could get a gig doing stand-up before Bolshoi Ballet performances?

amid speculation that the usual corruption has gone too far or that officials want order to be imposed on the North Caucasus before the 2014 Winter Olympics in Sochi.

Mr. Amirov in many ways embodied the rough-and-tumble North Caucasus city he led, a place where brawls and gunfights are so standard that restaurant menus occasionally list the price of replacing damaged tables and chairs.

America needs more immigrants from the Caucasus to bring the blessings of vibrant diversity to our boring white-bread country.