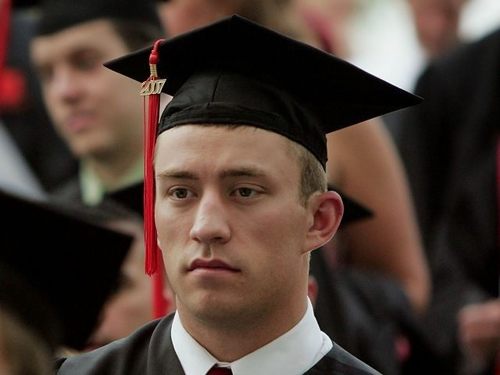 VDARE.com Patriots: Deadline Near To Fight Back Against Another Foreign-Worker Expansion

Every aspect of our immigration arrangements—who would want to call these abominations "a system"??—amounts to a victimization of us native-born American citizens.  One prominent avenue of abuse consists of the various ways employers can hire foreign workers in "STEM" [Science, Technology, Engineering, and Mathematics] fields to lower their labor costs.  Workers here "temporarily" on H-1B visas are an all-too-familiar example of this.

Another category within this particular avenue of abuse allows foreigners who are recent graduates from American colleges and universities in STEM fields to hang around for up to 29 months afterward in jobs related, at least nominally, to their studies.  This is the Department of Homeland Security's [DHS] Optional Practical Training [OPT] program.  (There's also pre-graduation OPT employment for alien students.  Wikipedia has all the excruciating details on OPT.)

Employers benefit because OPT workers start out about 15 percent cheaper for them compared to citizen workers whose net pay is the same.  This advantage results because payroll taxes (i.e. Social Security, Medicare, and Disability) don't apply for OPT workers.

For reasons I'll omit because they're complicated and, for now, not directly pertinent, DHS is proposing a new rule for post-graduation OPT that would extend the allowed period of this abuse to 36 months.  The full 30 pages of turgid federalese, Improving and Expanding Training Opportunities for F-1 Nonimmigrant Students with STEM Degrees ...,  are available for download here [PDF].

Anyone interested may comment on the proposed rule, but the deadline is upon us—comments submitted online will be accepted up to 11:59 p.m. Eastern Time on Wednesday, November 18, 2015.

Why would you want to comment?  One reason is that foreign students are deluging the comments portal with 'Rah rah, OPT will rescue America!" boilerplate (see examples below), so resistance from us ordinary citizens is needed—and appropriate.  (It seems perverse that DHS accepts input from non-citizens, but it's not clear how they'd be able to exclude that even if they wanted to.)

You don't need to be a sage on the topic; a simple statement of your opposition to increased foreign workers in our economy is worth making.  Here's a well-stated example from one Robert Thompson:

We should put American citizens first. It is totally unfair to allow foreign nationals to take work away from our citizens. We have highly educated, highly motivated people who are eager to work. There is absolutely no reason to hire people from other countries.

But maybe you, your offspring, and/or your friends are directly, personally affected by the labor-market invasion of unneeded foreign workers having STEM credentials.  Then you absolutely must weigh in with some description of those impacts.

One person with deep expertise is Center for Immigration Studies graybeard David North, whose comment on behalf of the Center included this blunt explanation up front:

It should be noted, immediately, that contrary to the heading used by the government, this is not a program for students, nor does it have anything to do with training.

The Optional Practical Training Program (OPT) is for alien college alumni, not students. It is an alien workers program designed to give employers a substantial financial break for hiring foreign workers rather than resident ones with the same skills, and with the same basic salaries.

Here are a few of those 'rah rah' comments in foreign-student English supporting the OPT expansion:

I strongly support this rule get passed to continue keeping U.S competitive in the world and stimulating U.S economy.

There is a definite role of international intellects in the development of US and I believe extension of STEM OPT is a great idea to encourage more of this in the future.

Citizens of US shouldn't really fear since it is education and research that this rule talks about. There is no invasion happening.

I think this rule will help immigrants a lot!

There are also some 'rah rah' comments that don't read like they're by Americans from people with American-sounding names—the one from Steve Miller, for example:

Some people think that some of us lose job because of the OPT for foreigners. However, the STEM students is actually creating more job opportunities for us Americans. They are NOT WORKERS who earn a living by offering cheap request. The students develop the Hi-Tech which our country is based on. America win its worldwide reputation of freedom and warm welcome of all talents. The rude shouting of some guys for this policy only reflect their ignorance on the future of our country. Instead, they only focus on how many of the tax can be spent now and only on their own need other than all citizens.

Nearly 28,000 comments are posted at this point, all accessible via this link,   And the heavy preponderance are of the 'rah rah' variety, so comments from VDARE.com readers are critically needed.

As a retiree, I had the time to read the two-page Executive Summary in the DHS's "Proposed Rule" document [PDF download, linked again here] and base my rather lengthy comment on what it said.  I'll paste that below; please remember that plagiarism is welcome!

If you're eager to wade in but very time-limited—remember that the deadline is 11:59 p.m. Eastern Time on Wednesday night, November 18—you'll likely find FAIR's Action Alert on this subject to be very useful.  You can even copy and paste some or all of their points into your comment.

Here's the comment I submitted (not yet available online):

Then the first question regarding the proposed enlargement of the post-graduation OPT program is "How would this benefit native-born American citizens?"

So it's glaring that the lead-off benefit advertised for OPT-enlargement is (from the executive summary of the DHS's proposed rulemaking document): "With respect to benefits, making the STEM OPT extension available to additional students and extending the current 17-month extension will enhance students' ability to achieve the objectives of their courses of study by gaining valuable knowledge and skills through on-the-job training that is often unavailable in their home countries."

Thus the bureaucrats at DHS pushing this rulemaking evidently consider their primary constituency to be aliens! This is manifestly perverse.

Oh, yes, the executive summary does go on to assert "The proposed changes will also benefit the U.S. educational system, U.S. employers, and the United States. The rule will benefit the U.S. educational system by helping ensure that the nation's colleges and universities remain globally competitive in attracting international students in STEM fields." But as a retired PhD physicist (who worked in radio astronomy, then lasers and optics), I recognize that such claims are largely unfounded and/or they represent a hidden agenda.

The claims are unfounded in that most foreign students in STEM fields aren't impressive, and thus their presence in U.S. institutions provides no **intellectual** benefit to their American-born peers. (Whether there are social and cultural benefits is a separate matter that I won't address.)

And the hidden agenda is also there in the executive summary, specifically where section B takes up "Safeguards for U.S. Workers in Related Fields," saying "the employer will not terminate, lay off, or furlough any full or part-time, temporary or permanent U.S. workers as a result of providing the STEM OPT to the student."

But this "protection" completely evades the common situation wherein U.S. workers aren't even considered for an opportunity since a cheaper alien worker is available—through OPT!! (Why cheaper? In part because there's no payroll tax burden on OPT workers and their employers, thus making OPT workers about 15% less costly to the employer, other things being equal.)

But maybe there just aren't enough native-born STEM workers to meet employers' demand, so employers must have the OPT program in order to inveigle foreign students to hang around after graduation and work for them? Absolutely not. If those familiar claims of a "shortage" were true, wages for such workers would be accelerating rapidly. But they aren't—wages for STEM workers have been flat for years!

Summarizing, the proposed enlargement of OPT is a terrible idea; it would be an attack on the life prospects of millions of younger and middle-aged native-born Americans. Instead, OPT for graduates should be promptly phased out, in keeping with the interests of those myriad native-born Americans whose careers would continue to be blighted by labor markets saturated with foreign workers.

Added note: Although the post-graduation OPT program shouldn't exist, as long as it's in operation, the proposed new requirement that every STEM OPT employer be enrolled in E-Verify—must be part of it.