Vaclav Klaus on Immigration in the European Union

Former Former Czech President Václav Klaus made one of the more noteworthy comments about governance in 2003, quoted in a Washington Times article: “You cannot have democratic accountability in anything bigger than a nation state.”

There are others in Europe who think the way to retrieve freedom there is to revive the nation state, like Geert Wilders.

Klaus is still thinking about the appropriate size of government, not surprising since he lives in theEuropean Union superstate. The EU was originally pitched as a trade deal that would make business easier, but somehow it swiftly grew into a government with little oversight by the people.

The Dutch and French peoples voted against the proposed EU constitution in 2005, a rather large statement of no confidence. Nevertheless, the Brussels bureaucrats soldier on.

Europeans are increasingly displeased with the hostile diversity forced upon them by elites. 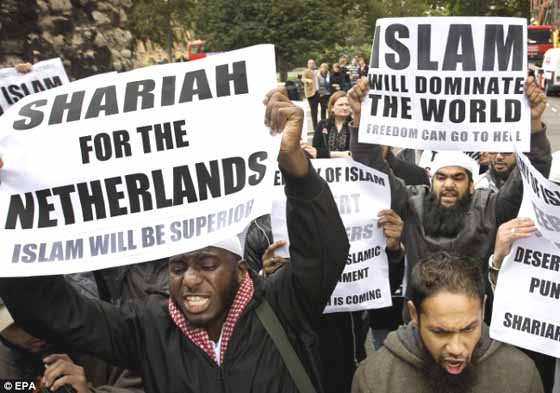 This following interview was translated from the German version on the BlazingCatfur blog.

Klaus mentions the February Swiss referendum on immigration where voters chose to limit the inflow, a result seen as another snub to the EU.

Q: What worries you most currently about the EU?

A: The deteriorating economic situation, the decreasing respect for Europe by the rest of the world, the rising democratic deficit and increasing frustration that much of the European population are given scarcely any political regard. That makes me nervous. This can be seen in the EU’s handling of the Swiss referendum on immigration.

The top level EU politicians want to impose a continental thinking on us. They want to suppress the nation state and dissolve the national borders. In order to weaken the cohesion of the nations today, they encourage massive and unrestricted immigration.

The EU considers the movement of pe ople [within the EU] as one of its fundamental freedoms and that to call yourself a liberal you must agree with this.

Yet one must distinguish between the “freedoms” that the EU promises us, and the freedom for political and cultural values, that I fight for as a liberal.

The migration beyond the borders of sovereign countries has radically increased in recent decades and has systematically undermined the cohesion and governability of countries.

The weakening of individual states could easily amount to an anti-liberal development because it strengthens the European super-state that the EU is turning into. Yet the EU is less democratic than any of its member states.

I have never considered immigrating to any country as my right. The fact that the Swiss want to retain control over the extent of immigration is understandable.

I consider the results of the [Swiss] referendum not to be taken as an absolute no to immigration, but as a message: “Let us make the immigration careful and slow.”

As it happens, Pat Condell has a few choice comments on the “theft of democracy” that the EU embodies.