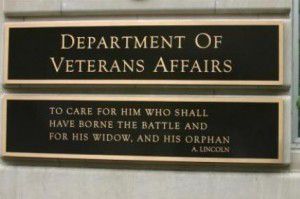 VA Nurse: "Do It Yourself, White Boy!" What Color Are The VA Managers?

This is from Ricochet.com, a mainstream conservative site, and is written by a former Veterans' Administration doctor.

'Do It Yourself, White Boy!’ Life at the VA

Another lifetime ago, those five words were spoken to me in a VA hospital in New Orleans. Another typical civil service, morbidly obese nurse biding her time until retirement. The patient was a WW1 vet (who’d been gassed, etc.) and he needed to have his bladder catheterized. I wrote the order that was countersigned by a resident but it didn’t happen.

A few hours later I returned. I asked about it and was told,”Do it yourself, white boy!” So I did, although I fumbled my way through the procedure since his 90-year-old prostate was the size of Delaware. He’d been hurting for hours while this lady did her very minimal job as well as her nails.[More]

In spite of a promising beginning , this is not a post about race, but about the awfulness of civil service operations versus private enterprise. (A valid point—the VA managers in the ongoing scandal got their bonuses for for providing less service.) But let Conservatism, Inc worry about that, and let's get back to the racial aspect.

We know that Doc Jay is white, the WWI veteran was probably white, and as for the civil service, morbidly obese nurse in New Orleans who shouted "Do it yourself, white boy!", well, we can probably figure out what race she was, too. (Same race as the lady behind the counter at the DMV.)

But what race are the managers at the Veterans' Administration, the upper level civil servants whose lust for bonuses made them make up phony waiting lists to show that they were doing better than they were.

I ask this, because I was thinking that I felt sorry for veterans who had to deal with nurses like that, but recently the real problem was senior managers who are...mostly white?  How do I know they're mostly white? We haven't seen any of them, any more than we've seen the people accused of pro-Obama political bias in the IRS scandal.(See my article James Taranto, The IRS, And The Minority Occupation Government.)

It's possible that your mental picture, like mine, of a senior civil servant is an older white man.  They probably still constitute the majority.

But add in years of civil service  Affirmative Action, unconstrained by the need to make a profit,  and then remember that these particular civil servants are (a) corrupt, and (b) seem not to care about American veterans, and see if your mental picture changes.

But at the moment, we still don't know, because the press isn't telling us.