If old white men feel maligned, they should take their own advice to minorities 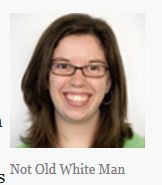 Daily Caller editor Matt Lewis pulled off a rare feat last week with a piece about what he describes as an unfair bias against older white men. In the wake of a major conversation about reparations and a massacre in Isla Vista, Calif., Lewis set himself up to argue that white men have become a group that “it’s socially acceptable to stereotype and criticize en masse.”

That is not really what the Atlantic’s Ta-Nehisi Coates is saying when he outlines the ways in which government entities and private companies made deliberate decisions to keep black communities from accumulating wealth. It is not what my colleague Ann Hornaday means when she turns a gimlet eye on the cultural tropes produced by a movie industry dominated by white men. 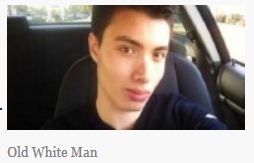 And it is not actually what Brittney Cooper is arguing for in Salon when she ponders how particular conceptions of gender and race seem to produce a disproportionate number of mass killings in America.

But by suggesting that is the case, Lewis seems to have done a pretty effective job of inducing other people to work themselves up into a lather. “No one should have to feel this way about who they are,” he laments. “Not even historically privileged white males.” Lewis is a cordial correspondent of mine, so I will give him credit for pulling off an intentional act of provocation, rather than tilting at windmills.

In the spirit of Lewis’s piece, I would like to offer him some advice. If older white men feel maligned, they might try taking some of the recommendations that they routinely offer to people of color and women who want to better their lot.

Such as: organize politically, assert your racial identities, sue for discrimination, intentional and unintentional; defame all critics as 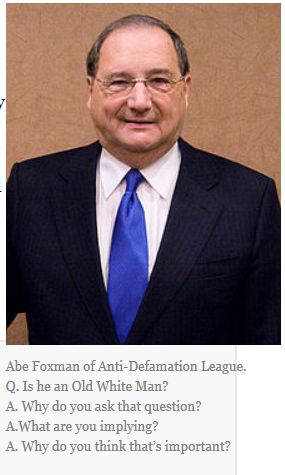 defamers; make discussions of how many white men are on the Forbes 400 a non-topic in the mainstream media; getting university presidents, science lab leaders, and CEOs fired for not being 100% on board with your view of the world; complain about how your group is depicted in movies, television, fiction, and advertising; and just generally control the Narrative?

Oh, but that’s not what Ms. Rosenberg suggests.

… Unlike many women and people of color, white men as a whole have plenty of financial resources, positions of power and social capital to bring to their own defense.

Maybe guys like Lewis can marshal their considerable assets not simply to make themselves more comfortable, but to help change the terms of an unproductive conversation that they did so much to create.

To understand how the game is played, think back to the 2012 election, which broke down demographically into the core v. the fringes of America, with the fringes lashed together by resentment, fear, and hatred of the core of America — e.g., a white male successful grandfather like Mitt Romney.

But keep in mind that just about anybody other than Mitt Romney can come up with a theory of why I am part of the noble but oppressed fringe. Alyssa Rosenberg, for example, may be a Yalie who writes for the Washington Post, but she’s also victim because of Old White Men because she’s not a Man and she’s not Old, and maybe or maybe not quite she’s White: being Jewish means she can play or not play the race/ethnic card pretty much however she feels like without much worry that non-Jews would criticize her for it.

The endless slipperiness of the thinking allows all sorts of opportunities for the clever to work an angle.