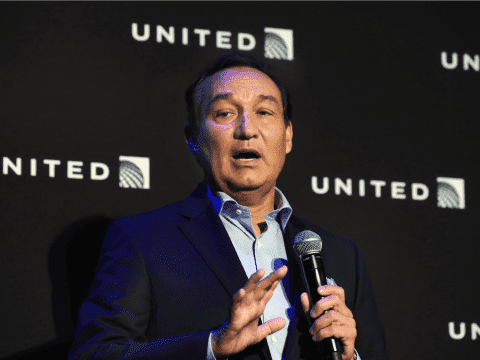 Undiscussed in the furor over the United Airlines dragging of David Dao is this:  most of the active players are non-white.

and Yet, as always, the incident is treated as anything but the consequences of multiracial madness.  It's a sign of police brutality.  No, corporate greed.  No, corporate brutality.  Airline dysfunctionality.  The ugly practice of overbooking.  The decline of everyone's manners.

And it could be all these things.

I can't help but wonder, though:  would a different racial makeup have resulted in a different outcome?

Let's start with David Dao.  Asian males very rarely enter the national spotlight, whether in situations like this or otherwise.  They are expected to be docile and demure, because most of the time, they are.  Dao sported glasses and spoke with a slight stereotype-worthy accent, despite having lived for most of his life in the United States.  In trying to come off as tough while arguing with them, he sounded kind of dorky.

This incongruity might have set the police officers off—"so Grandpa Chop Suey wants to play, huh?" In a way that is much harder to imagine with any number of other categories:  loud Jewish woman from Long Island (do not touch her—enough lawyers in her family to staff a firm), loud black woman or black man (the race of the officers might have dampened those encounters), upper-class white person (just...  don't).

Then there's the race of the officers.  I trust that if a loudmouthed black man had dared white officers as Dao did, you might have seen the same video (though I think the chance is somewhat lower because of white officer awareness of BLM-related issues).

I do observe that there is a uniquely hateful dynamic between blacks and Asians.  They don't like each other.  Blacks are loud and boisterous at one end of the scale, and Asians are calm and quiet at the other end of the scale.  On the New York City subway that I rode for so many years, I saw that if a group of unruly black teenagers hopped on, they would head straight for the nearest Asian person to harass.  This was so even if the train was filled with people of other races.

Then there's the question of why United Airlines targeted Dao for removal to begin with.  What is the formula for making that call, anyway?  Because it would really compound United Airlines' legal problems if it were discovered that he was targeted because staffers figured the Asian male would be least likely to protest.

It's easy to see, though.

In the aftermath, it will be white lawyers, white bureaucrats and white employees stressing over the mess.  The media will wring it for jollies.  And everyone will miss the big picture.