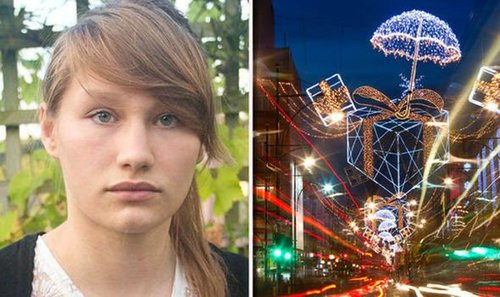 Here's a story that illustrates the craziness of modern immigration enforcement:

Iryna Mynich, 14, who now lives in Bodmin, Cornwall, has overstayed her six month child visitor visa for seven months after a British couple spent their life savings bringing her back to the UK after her mother’s murder.

She has no family except a grandmother with dementia and an aunt and is likely to be forced to live in an orphanage.

The Bodmin College student was taken in by Terence and Heather Voysey, who she now calls her parents.

The Voyseys are waiting for a High Court date for their appeal against the Home Office's decision to refuse Iryna the right to remain in the UK.

Earlier this year she wrote to Home Secretary Theresa May, pleading with her for a chance to stay in Britain.

So, young Syrian and not-Syrian men of military age are being assisted to come to the UK by be the British Ministry of Destroying The Country, but a young white girl with no parents is supposed to be deported to war zone, even if she has two local adoptive parents who are willing to bring her up at their own expense.