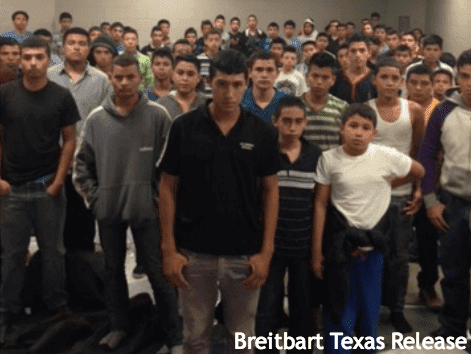 It's not simply treason.  It's something worse:

A new report from the Census bureau predicts that nearly one-fifth of America’s total population will be foreign-born in a mere 45 years.

In contrast, the native-born population, which includes children born to illegal aliens, will increase by 22 percent or 62 million.

It's worth noting that the ethnic makeup of the United States is not simply "changing."  The core population is actually being eliminated.

Non-Hispanic, native-born whites are the only racial and ethnic group expected to suffer a population decline. In 45 years’ time, their numbers will decline by 16 million, or eight percent, from 198 million to 182 million. They will make up only 44 percent of the nation’s population. The Census bureau points out that births of non-Hispanic, native-born white Americans will decrease by a predicted 23 percent.

At this writing, this is the lead story at Breitbart, one of the leading organs of mainstream conservatism.  So it's not that American conservatives or libertarians are unaware that this is happening.  The real question: what they think their place will be in the "America" that's coming.