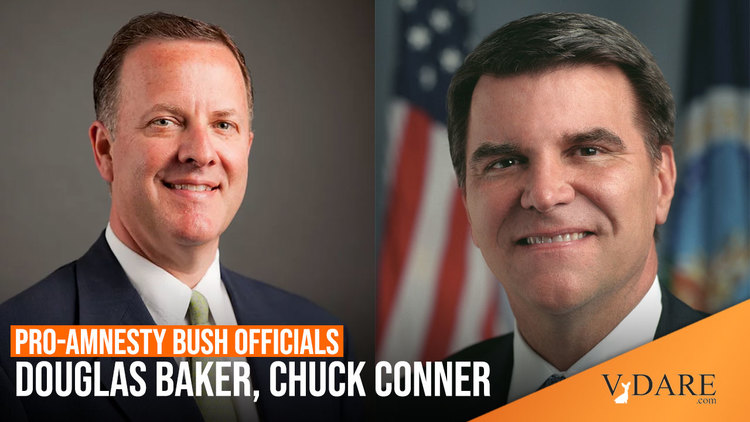 Not surprisingly, globalist RINO Republicans are pushing for an amnesty [Bush Officials: Amnesty for Illegals 'Vital to the Future' of U.S. Economy, by John Binder, Breitbart, June 6, 2022].

Two men who worked for George W. Bush have an op-ed saying letting farmers hire illegals is going to be necessary to prevent food shortages and high food prices:

This should come as a surprise to no one. In the 90s, it was often the Democrats who talked tough on immigration even if their actions didn't rise to the level of their rhetoric. The wealthy country club Republicans who would not be competing for the construction jobs or working in the fields were all in favor of mass immigration. They still are.

Here are the bios of the two Bush officials writing on Fox News:

Douglas Baker served as the Special Assistant to the President for Homeland Security and Senior Director for Border and Transportation Security Policy in President George W. Bush’s Administration. He is a principal with Baker Global Advisory, a member of the Council on National Security and Immigration, and a member of the Texas Farm Bureau.

Chuck Conner is the president of the National Council of Farmers Cooperatives. He previously served as the Acting Secretary of Agriculture in President George W. Bush’s Administration.

Do these guys care about American workers? No.