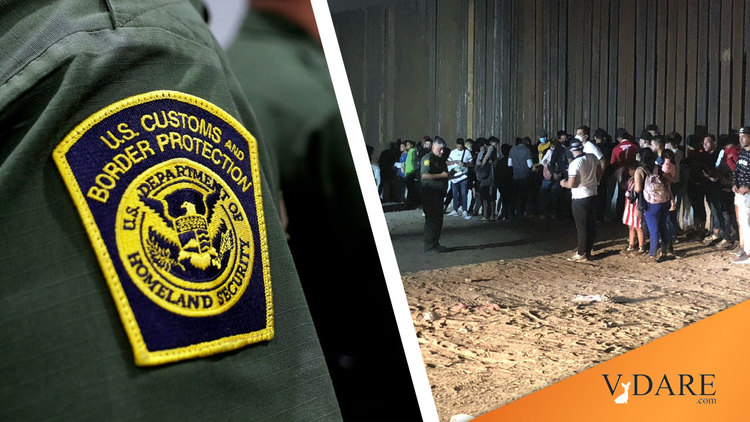 Apparently, someone at CBP is going over to Mexico and actively recruiting certain categories of illegal aliens to come into the United States.

The big news was buried in the seventh paragraph, below a long string of sympathetic photographs of the would-be illegal border crossers:

In late April, the pastor who runs the shelter [Senda da Vida in Reynosa, Mexico], Hector Silva, was asked to meet with U.S. government officials to discuss a process for sending some migrants who qualify for humanitarian exceptions to the public health rule across the pedestrian bridge linking Reynosa with the United States. The government allows such exceptions for migrants deemed particularly vulnerable, with decisions being made on a case-by-case basis.

Mr. Silva said Customs and Border Protection had been reaching out two or three times a day to ask for small groups of people who fall into certain categories. On May 1, for instance, Mr. Silva was asked to look for single mothers.

This also happens at other locations along the border, often the result of direct communication between local C.B.P. officials, lawyers and nonprofit groups that assist asylum seekers, according to asylum lawyers and officials with the Department of Homeland Security.

The NYT story she’s quoting is:

How Asylum Seekers Cross the Border

The southern border is seeing a historic spike in migrant crossings. A New York Times photographer documented three ways that people cross the border into the United States.

How Asylum Seekers Cross the Border via NYT https://t.co/NE08ibDJ3a

I don't know which branch of CBP is doing this, I suspect someone from US Citizenship and Immigration Services (USCIS), but it seems patently illegal.  This is why morale is in the dumps for both ICE and Border Patrol, who are expected to enforce the law, but have been defeated by the open borders lobby.  Mission Compromise: they are no longer doing the job that their agencies were set up to do.  If a Republican president is ever elected again, they should seek to revamp the Department of Homeland Security, or possibly break that agency back up into the separate entities that preceded it.