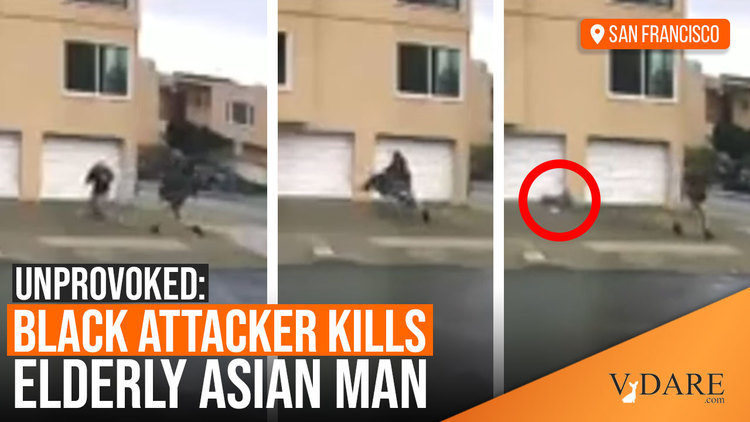 Earlier: Even When Reporting An Anti-Asian Hate Crime, SFGATE Won't Say The Attacker Is Black and from March, 2020: Black Who Attacked Asian In SF Gets Chesa Boudin's "Restorative Justice" Instead Of, You Know, Justice

All those white supremacist Trump-voting xenophobes are attacking Asians in the SF Bay Area over the baseless charge that the virus came from China, such as Antoine Watson:

Clearly, Watson failed to socially distance, due to QAnon. Or maybe he is a follower of that new Republican Congresslady whom everybody is mad about. Or maybe Watson did it to impress a young lady named Maylasia Goo, an obvious white nationalist name if I ever heard one.

And then there is this attack on a 91-year-old Asian man in Oakland by a Trump supporter named Yahya Muslim: