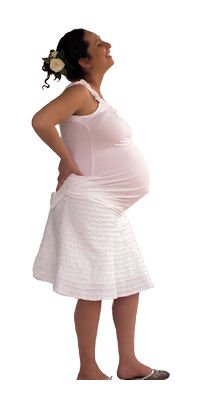 A reader sends this: Birth tourism in US on the rise for Turkish parents, by  Işıl Eğrikavuk Hürriyet  Daily News [Istanbul], Friday, March 12, 2010

"With more Turkish parents wanting their child to be born in the US, tourism companies are starting to offer ‘birth tourism’ packages to US cities. Many women say giving birth in the US has benefits including cheaper education and fewer visa worries....

"According to tourism expert Gürkan Boztepe and media sources, 12,000 Turkish children have been born in the U.S. since 2003.The numbers are significant enough to draw the attention of tourism companies and inspire them to pursue 'birth tourism.'...

As always with immigration, American-based "entrepreneurs" are cashing in:

Arzu Geiger is an entrepreneur who lives in Gilbert, Arizona, and offers customers the option to stay in her home.

Arzu and Tim Geiger have a website for their service here. [Google Translate version here.]

We hosted 15 families last year,” said Nur Ercan Mağden, head manager of The Marmara Manhattan adding that the cost was $45,000 each."

Closing this loophole is the first priority when a patriotic immigration reform Adminstration is elected.

The birthright citizenship [loophole] formerly applied to other countries such as the United Kingdom and Australia but both countries modified their law in the mid-1980s.

India maintained such birthright law until 2004, but ended the right to prevent continued illegal immigration from neighbors Pakistan and Bangladesh.