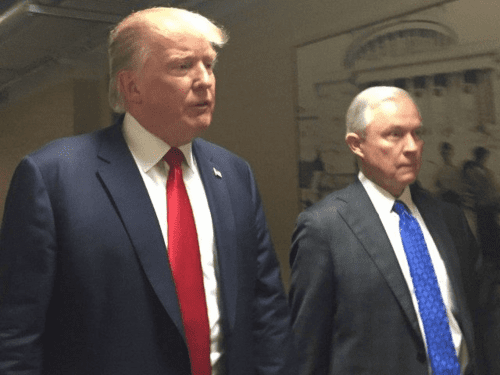 Trump Versus Carson: Polar Opposites On Immigration, Amnesty and Deportation

Since I posted Establishment Trying Ben Carson’s Magic Negro Charisma To Overshadow Trump Carson has indeed become the clear runner-up in the Polls to The Donald. Yet there have been no MSM interviews and very sparse reports of what Carson actually says (I have been watching). Following Carson’s address to the Commonwealth Club of California yesterday it is clear why.

Carson is just another Treason Lobby servant on immigration.

"People who say that have no idea what that would entail" legally and otherwise, Carson said, adding: "Where you going to send them?"

… Carson said he would secure the border, but also grant guest-worker status to people who are in the country without documentation. That way, they can pay taxes and come out from the shadows, he said.

Mass deportation, he said, would be expensive and impractical, and crippling to the hotel and agriculture industries. Ben Carson calls Donald Trump's plan to deport undocumented immigrants impractical By Janie Har AP September 8, 2015.

I was talking to a farmer in South Dakota recently—he has an 8,000 acre farm. He starts workers out at eleven dollars an hour. He said he could not hire a single American—not one. And I have encountered many others who say the same thing. The farming industry would collapse. Carson: Not Practical to Round Up Illegal Immigrants, Industries Would Collapse by Pam Key Breitbart.com 8 Sept 2015

Next, no doubt, we will be hearing about crops rotting in the field.

Not only is Carson for Amnesty and guest workers but: Ben Carson supports citizenship for illegal aliens By Ed Straker American Thinker September 5, 2015

On Wednesday, Dr. Ben Carson said America’s borders must be sealed to protect against terrorism and told a prominent group of Latino elected officials that he also supports giving illegal immigrants a path to legalization and eventual citizenship.

Donald Trump, on the other hand, is remaining with the line which first brought him to prominence:

“The Senator has just been amazing on the issue,” Trump told reporters as he met with Sessions, shortly after Trump had spoken at a rally against President Barack Obama’s Iran deal.

The two met on the Capitol steps and walked inside for a confidential, unannounced meeting. Donald Trump Huddles With Jeff Sessions To Push Immigration Reform by Julia Hahn Breitbart.com 9 Sep 2015

Carson’s only hope against Trump is to conceal his Big Donor subservience. (His website has no statement on immigration, unlike Trump’s).

The MSM will help him – but patriotic webzines will defeat them.