Trump, #MeToo, And Due Process

Recently this popped up in my iPhone:

I haven't even looked a this NYT thing—it's just stupid. Of course Trump is right, and he's tweeted it himself: 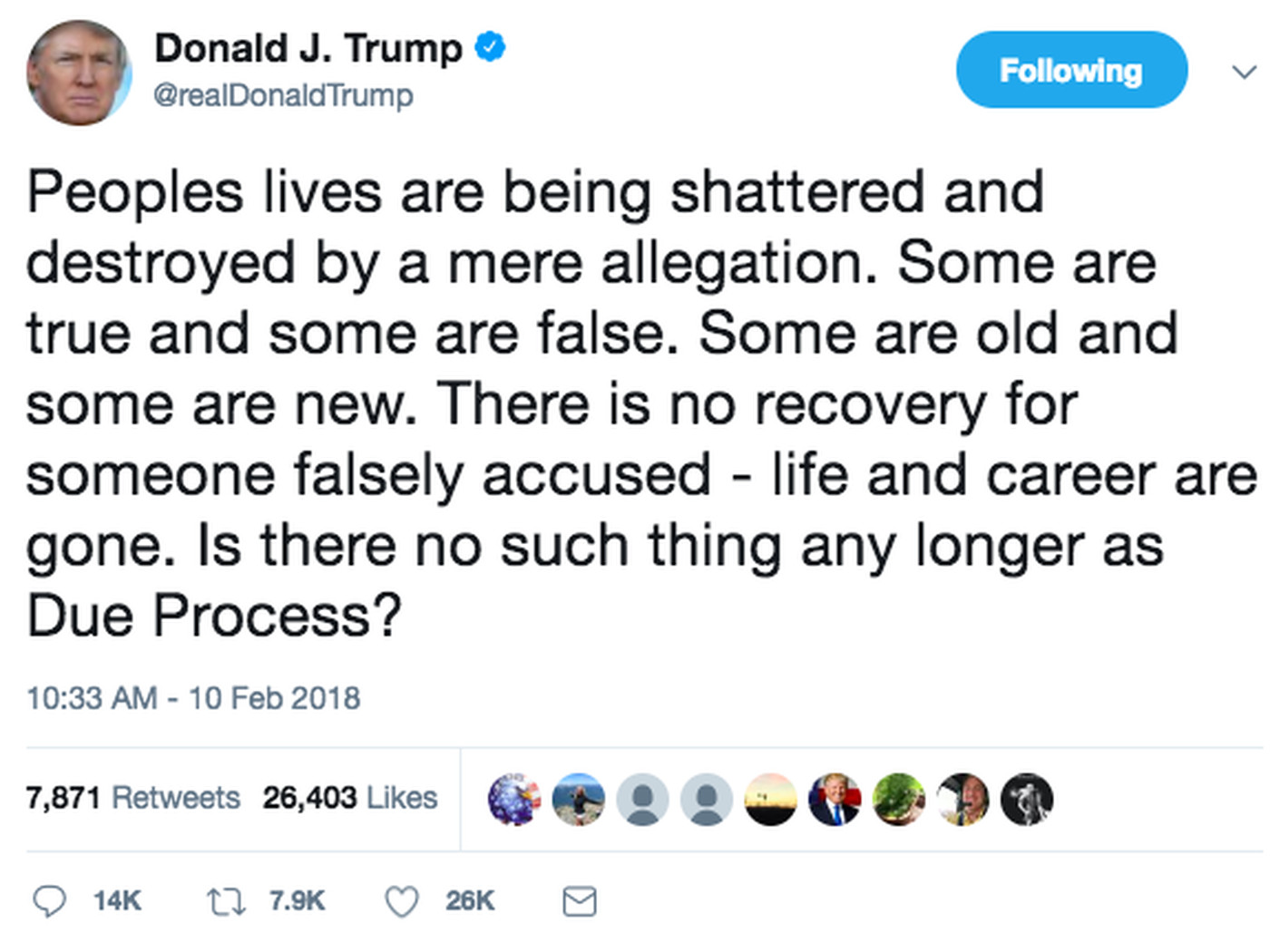 KC Johnson, who spent years working to defeat the Duke Rape Hoax, retweeted it with the comment "Hard to imagine a less credible vessel for this message."

Not hard at all—imagine someone named "Clinton" (Bill or Hillary) claiming that accusations of rape and groping are false.

James Taranto, who likes to push back against anti-Trump loons, notes this:

Was due process one of those norms we were supposed to worry about Trump destroying?

People are also noting that Trump thinks the Central Park Five are guilty—but they received due process, they confessed, and they were guilty. (See Trump Right About Central Park 5 – And Who Else Is Brave Enough To Say So?)

Trump may have had sex with a number of actresses and models, but he's not a rapist. And as the victim of the most comprehensive campaign of lies ever aimed at a President or Presidential candidate, he's got a lot more credibility on this issue than many alleged victims.