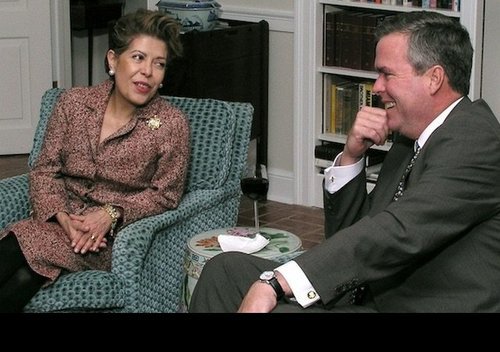 Trump Is Right About Jeb's Mexican Wife—Jeb Said So In IMMIGRATION WARS!

The media and GOP establishment has been pointing and spluttering at Donald Trump in an attempt to destroy him.The latest “controversy” came when Trump tweeted “JebBush has to like the Mexican Illegals because of his wife” [Candace Smith, Donald Trump Deletes Tweet About Jeb Bush's Wife, ABC News, July 6, 2015]

The media, dutifully asked Jeb Bush if he took the tweet “personally,” to which Bush responded: “Yeah, of course it — absolutely — and a lot of other people.” [Indignant Jeb Bush Says He Takes Donald Trump’s Remarks Personally, New York Times, July 7, 2015] 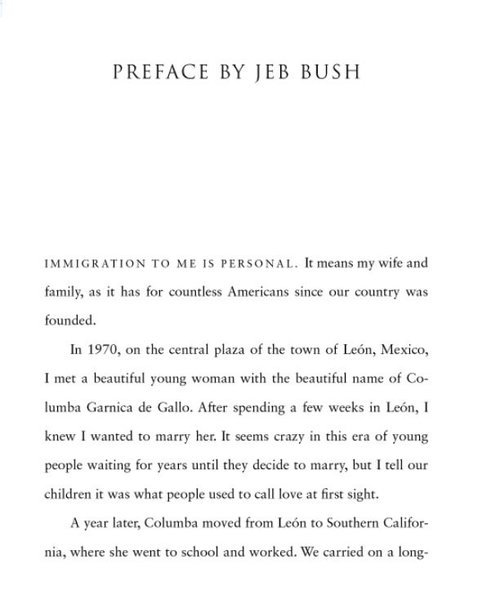 But of course Trump is right. Jeb Bush opens his pro-amnesty book Immigration Wars, “IMMIGRATION TO ME IS PERSONAL. It means my wife and my family” He went on to write

Thanks to my wife, I became bicultural and bilingual, and my life is better because of it. For the first time in my life, I learned what the immigrant experience was, and I grew to appreciate her desire to learn English and embrace American values, while still retaining her love for the traditions of Mexico.

So Bush is allowed to say his position on immigration is “personal” because of his wife, while at the same time takes it “personally” when Trump points this out.