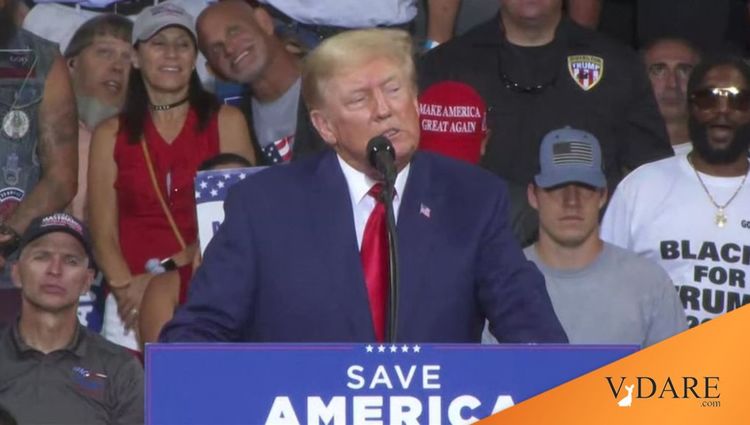 Earlier, by Sam Francis, 2004: When The State Is The Enemy Of The Nation

Below is the full video of Trump speaking in Wilkes-Barre, Pennsylvania, on BitChute:

Regime Media figures are upset that Trump called Biden an ”enemy of the state,” throwing Biden’s rhetoric back in his face, which is a familiar Trump tactic.

But it contains a common error, the failure to distinguish between State and Nation. Biden is at the head of the American State. What he's an enemy of is the American Nation.

The American Nation is who comes out to Trump rallies—and can't be bothered with Biden events.

Donald Trump and Joe Biden Both held rallies in Wilkes-Barre Pennsylvania this week.

Here is what they looked like back to back.