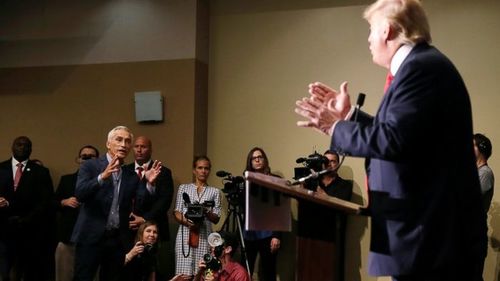 The best thing about Trump’s rise is that he serves as a model for how to deal with the Perpetual Grievance Society: every time they act as if Trump has said something so outrageous he can’t possibly survive, and he better kneel and apologize if he ever wants to be allowed back in this town again, he just thumbs his nose at them, and watches his poll numbers rise.

This presents a really very dangerous prospect for the SJWs–and they are all SJWs. Suppose people catch on that brazening it out after flouting political correctness is the path to popularity and respectability among the masses. What then? Especially, what if other politicians and other public figures see how this works?

What’s left of the career opportunities for an SJW if that’s what Trump proves?

Of course, it helps to be rich and self-employed. Still, Trump has shown more moral courage when his net worth is targeted than almost anybody in this money-obsessed century.