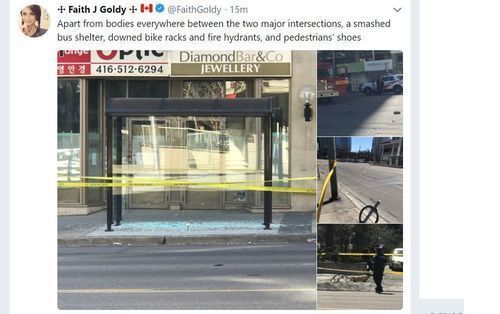 Truck Terror In Toronto, Up To 10 Killed—Is Driver From Middle East? Faith Goldy May Get A Chance To Ask! UPDATE: No Comment!

A truck crash in the north end of Toronto hit many pedestrians on the sidewalk, killing as many as ten. The driver is reportedly in custody, and they're having a press conference:

Normally, when the police announce they have a suspect, but they can't announce the name, yet, no one in the MSM yells out the obvious question—"Is this a Midddle East guy?" Faith Goldy is on the scene, however, so if we don't get answer, we may at least get a question.

Update: She did ask—she was the only one—and got no comment: